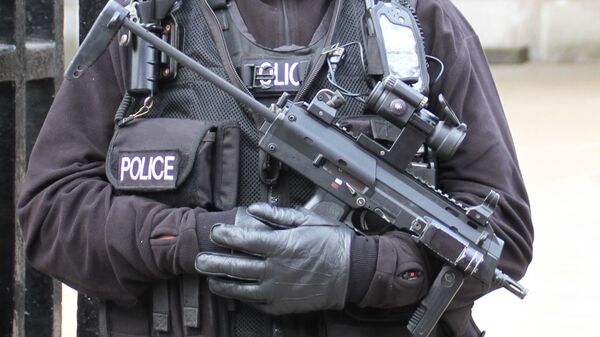 At the beginning of November, the UK raised its terrorist threat level from “substantial” to “severe” after deadly terror attacks in Vienna and Nice. The levels are set by the Joint Terrorism Analysis Centre and the Security Service (MI5), and the “severe” stands for “an attack is highly likely”.

London police have detained two citizens suspected of preparing terrorist acts, according to New Scotland Yard. Both were taken into custody at central London police station, where they remain.

According to the police report, two 34-year-old men were seen at around 12.10 am on 12 November in the Westminster area acting suspiciously. Later on, they were stopped and then arrested in Pall Mall by police armed officers. The police also searched their vehicle.

An investigation is underway and being led by the Metropolitan Police Counter Terrorism Command. Richard Smith, who heads the Command, appealed to the public and ensured people they could help them to keep London safe by being vigilant and reporting any suspicious behaviour to the police.

"Following the increase to the UK threat level from terrorism last week – as a precautionary measure in response to recent events in France and Austria – I would like to emphasise that the public should be alert but not alarmed," Smith said at a press conference.

The UK’s terrorism threat level was raised to “severe” in the wake of the terrorist attacks in Austria and France. In Vienna, a man opened fire with an automatic rifle in a square in the city centre, killing four people. This attack came shortly after two people were killed in Nice and a history teacher was beheaded in Paris at the end of October.

According to the UK Government website, terrorist threat levels do not have a fixed date and can change at any time as different information becomes available to security agents.