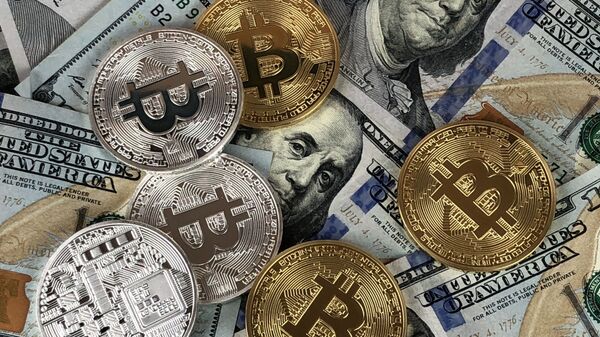 The future looks bright for the world's most sought-after cryptocurrency. Data has revealed this month that the digital currency has surged due to increased retail interest and heightened technological security.

Bitcoin showed record strength on Thursday, reaching $16,118, its highest value since 2018, as investors have become increasingly uneasy about coronavirus inflation.

​"At a high level, there's no question the pandemic has had an impact on the underlying technology of cryptocurrencies themselves, but that's not the only factor", said Joseph Guagliardo, a cryptocurrency lawyer at Troutman Pepper, speaking to Fox Business.

Guagliardo said that the ongoing coronavirus pandemic has led to rising "concern over US inflation and global inflation", causing Bitcoin to be seen as a "digital gold and a safe haven".

He also said that "the underlying technology" and infrastructure used to develop cryptocurrencies such as bitcoin "is starting to reach a level of security" which has encouraged investors to partake.

"It's a perfect storm situation. ... I can tell you that there are forces going on beyond the pandemic that are going on with cryptocurrency and technology", he explained.

Guagliardo cited Ethereum, a kind of blockchain technology that has become "widely" adopted and has been established since 2017-2018, when blockchain and cryptocurrency became ubiquitous.

Guagliardo urged potential investors to become aware of cryptocurrency dynamics and how they function before speculating as they would any other public company.

"My first advice to anyone who is looking to crypto as an investment is to first understand what it is -- what the technology is," he said.

Bitcoin has also rapidly become normalised as a form of payment by large firms such as AT&T, Overstock.com, Microsoft, and Twitch. PayPal also announced in October that users would be able to buy, hold, and sell cryptocurrency on their money transfer platform.

Paypal president and executive Dan Schulman said in a statement on 21 October that the shift to digital forms of currencies "is inevitable" and brings with it "clear advantages in terms of financial inclusion and access; efficiency, speed and resilience of the payments system; and the ability for governments to disburse funds to citizens quickly".

Harvard economics professor Ken Rogoff was more skeptical, telling FOX Business' "Mornings with Maria" on Thursday that cryptocurrency will have "some role on the outskirts of our financial ecosystem" but admitted he was surprised at how well it's done.

Bitcoin is a decentralized online currency that is not subject to a central bank or administrator, which has built-in value due to an artificial scarcity through its accumulation process known as 'mining'. Bitcoin and the other digital currencies that have followed it have been hailed as alternatives to fiat money.