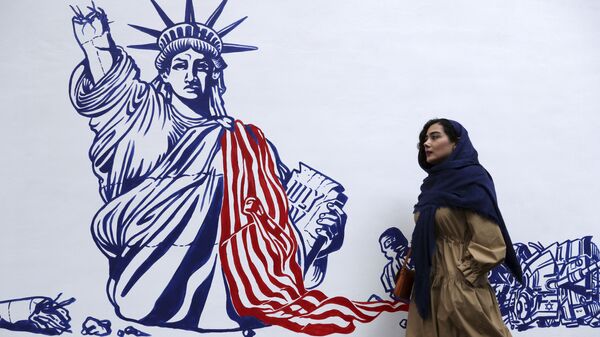 Ilya Tsukanov
All materialsWrite to the author
Relations between Tehran and Washington sunk to lows not seen since the Iranian Revolution of 1979 under President Donald Trump after he unilaterally withdrew from the Iran nuclear deal in 2018 and slapped crippling sanctions on the country.

The administration of President Trump, which spent years “dreaming” about toppling the Islamic Republic’s government, has itself been toppled, Iranian President Hassan Rouhani has said.

“The regime that dreamt of the Iranian government’s downfall has itself been overthrown in a very humiliating way, and today all countries except the few that have always followed the regime are facing new conditions in front of them,” Rouhani was quoted by the Islamic Republic News Agency as saying to a session of the cabinet on Wednesday.

“Look at the speeches [Donald Trump] has delivered about Iran in international forums. He used the same phrases, expressions and words that the Zionist regime uses,” Rouhani said, referring to Israel. “When you see such speeches, you will fully understand who wrote them for him, and all his problems stemmed from the fact that [US politicians] could not make decisions based on the interests of the American people and the interests of the world,” Rouhani continued. 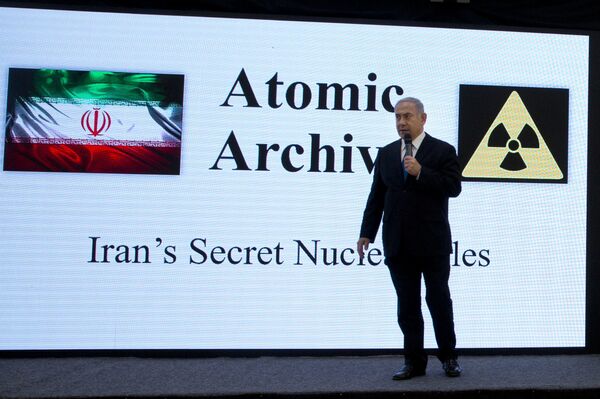 Offering a post-election breakdown explaining why Trump lost, Rouhani suggested that the administration’s failure to deal with the coronavirus pandemic, the breakdown of relations with other countries, and America’s “humiliation in foreign policy” were to blame.

According to Rouhani, “the Americans have never been so disgraced in the history of international relations in the United Nations and the UN Security Council” as they have been under Trump, particularly after the failure to extend the international arms embargo against Tehran.

Not mentioning Joe Biden by name, Rouhani hinted at the kind of relations Iran would like to see post-Trump, suggesting that Iran’s policy has been “very clear,” and “based on peace and stability in the region…respect for the rights of nations, non-aggression and non-interference in the internal affairs of countries, fighting terrorism, the end of unilateralism, and adherence to treaties.”

World
Arch Terrorist or Ally? Three Times Soleimani Saved American Lives
Iranian officials have repeatedly commented on the US presidential election in recent days. On Sunday, Foreign Minister Mohammad Javad Zarif issued a rare Arabic-language tweet saying that Trump would soon be “gone,” and that Iran and its neighbours should expand regional co-operation to “build a better future” without the interference of foreign powers.

Over the weekend, US Secretary of State Mike Pompeo got into a Twitter feud with Iranian Supreme Leader Ayatollah Ali Khamenei, calling Iran’s elections “a joke” after Khamenei described the 3 November vote in the US “a spectacle” and “an example of the ugly face of liberal democracy”.

On Sunday, Axios, citing Israeli sources, reported that the Trump administration plans to “flood” Iran with new sanctions to make it more difficult for his successor to revive the nuclear deal.

The Trump administration pulled out of the nuclear deal in May 2018, slapping tough energy and banking sanctions on the country and threatening secondary sanctions on nations doing business with the Islamic Republic. The two countries have also repeatedly stepped back from the brink of open military confrontation over the past two years, including after the June 2019 shooting down of a US drone over the Strait of Hormuz, and the January 2020 assassination of a senior Iranian commander in Baghdad, which sparked a retaliatory missile attack on two US bases in Iraq, injuring more than 100 American troops.