Trump is 'Not a Good Loser', His Ex-Wife Says as She Urges POTUS to Admit Election Defeat 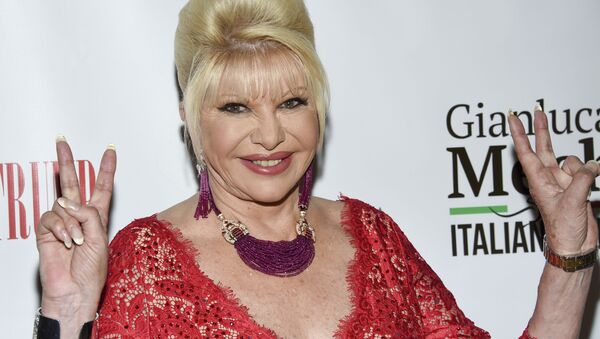 Oleg Burunov
All materialsWrite to the author
Despite the official tally for the US election yet to be announced, Democrat Joe Biden has already proclaimed himseld the winner. President Donald Trump, for his part, has declined to concede defeat, instead waging a legal battle against what he slams as a "stolen election".

In an interview with People magazine on Monday, POTUS' first wife Ivana Trump called her ex-husband a person who dislikes defeat as she discussed the outcome of last week's US presidential election.

Democrat Joe Biden was projected to win the vote by major US news networks, while President Donald Trump refuses to admit defeat, saying that the election is "not over" and pointing to alleged scores of "fraudulent votes".

The 71-year-old former model and businesswoman insisted that her ex-husband should "go and declare that he lost [the election]", adding "I just want this whole thing to be over with, one way or the other; I really don't care".

She said that she doesn't think Trump "has a choice", urging him "to go down to Palm Beach and play golf and live the normal life".

According to her, "this is the best choice for what he can do. He hates to be a loser, that I'm sure of. But if he loses, he loses. He has plenty of money, places to go and live in and enjoy his life", according to her.

Donald Trump’s Ex Wife Ivana Opens Up on How She Gets Along With POTUS, FLOTUS Melania
Ivana Trump, who is mother to Ivanka, Donald Jr. and Eric, added that she hopes her kids will relocate to New York to live "their normal lives" there.

"I think they enjoyed being around Donald and running the election and seeing what will happen, but now it is — thank God — over. I'm not really sure what they are going to be up to", Trump's ex-wife noted.

Interestingly enough, Ivana Trump's description of her former husband directly coincided with how POTUS himself described his nature during an interview with Fox News in July, in which he said that he is "not a good loser" and that he "doesn't like to lose".