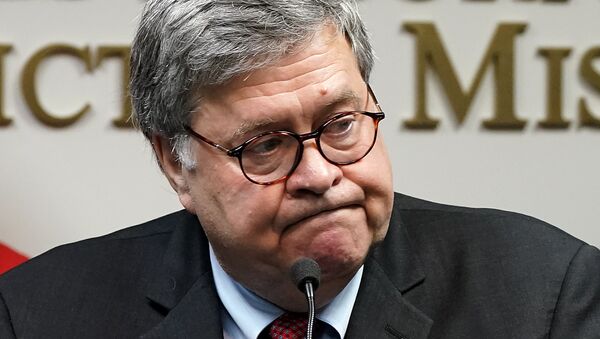 WASHINGTON (Sputnik) - US Attorney General William Barr has authorized federal attorneys to launch inquiries into credible allegations of voting irregularities before the 2020 presidential election results are certified, a memorandum obtained by Sputnik revealed.

"I authorize you to pursue substantial allegations of voting and vote tabulation irregularities prior to the certification of elections in your jurisdictions in certain cases, as I have already done in specific instances," Barr said in the memorandum on Monday.

What a Glitch: Thousands of Trump Votes Mistakenly Sent to Biden in Michigan County, GOP Says
Barr added that inquiries and reviews may be launched if there are clear and credible allegations of voting irregularities, that if true, could possibly impact the outcome of a federal election in a US state.

Barr said serious allegations of voting and vote tabulation irregularities should be handled with great care, adding that allegations that are speculative or far-fetched claims should not be a basis for initiating federal inquiries.

Incumbent President Donald Trump has been a major critic of the mail-in voting process, saying it opens the system to potential election fraud. Democratic candidate Joe Biden has been projected as the winner of the election by all major media outlets. However, Trump has also claimed victory, saying that the election was stolen via massive fraud perpetrated in various US states and is contesting the election results in court.