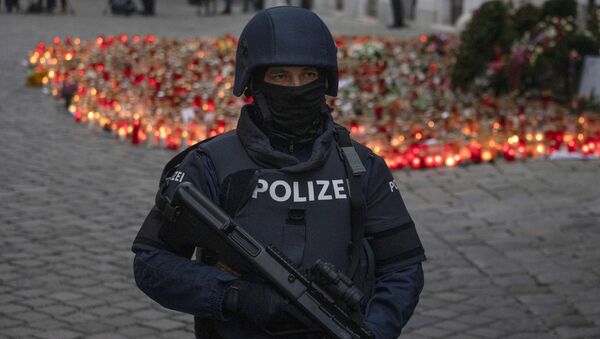 VIENNA (Sputnik) - The Islamist gunmen who went on a killing spree in Vienna last week met with like-minded people from Germany and Switzerland prior to the attack, Austrian public security chief Franz Ruf said on Monday.

"There was a meeting of the discussed persons from Germany and Switzerland, however, the future terrorist's meeting was attended by people who have been detained during the investigation of [his] circle. A broad circle of people met [on that day], some remained for a night, others left", Ruf said at a press conference, without giving a precise number of the meeting's attendees.

Multiple shooting attacks were perpetrated late on 2 November in the Austrian capital, resulting in four people killed and 22 injured. One of the targets is reported to have been a local synagogue. The gunman was shot by the police and later identified as a supporter of Daesh*.

The attacker was a 20-year old Albanian Kujtim Fejzulai, whose family moved to Vienna from North Macedonia. He was sentenced to 22 months in prison in April 2019 for trying to join Daesh* in Syria but was paroled on 5 December.