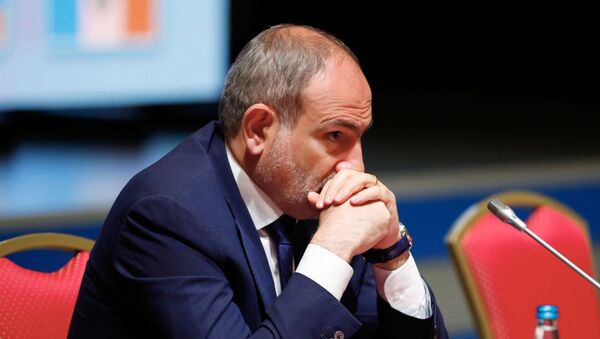 Asya Geydarova
Editor
All materialsWrite to the author
According to Pashinyan, the text of the joint statement is extremely painful for himself and the Armenian people, but the decision had to be made.

Armenian Prime Minister Nikol Pashinyan says he has signed a statement with the leaders of Russia and Azerbaijan on ending the Karabakh war.

Later, the Kremlin spokesman confirmed that the Russian and Azerbaijan Presidents and Armenia Prime Minister adopted a joint statement on the cessation of hostilities in Karabakh.

"Together with the presidents of Russia and Azerbaijan, I have signed a statement on the termination of the Karabakh war from 01.00. The text of the statement that has already been published is unbelievably painful for me and [the Armenian] people", Pashinyan wrote on his Facebook page on Tuesday.

According to the Armenian premier, he made the decision as a result of a "deep analysis of the military situation" in the region. He added he will address the nation soon.

Azerbaijani President Ilham Aliyev said on Monday that his country would stop combat activities in Nagorno-Karabakh if Pashinyan guarantees that the Armenian troops will be withdrawn from the regions of Aghdam, Kalbajar and Lachin.

The Russian Foreign Ministry said earlier Moscow does not support force as a means of resolving the crisis and called on the parties to an early cessation of hostilities.

Prior to that, the Azerbaijani side said it had seized control of the city of Shusha, the second largest town in Nagorno-Karabakh, as its forces were closing in on the capital of the self-proclaimed republic.