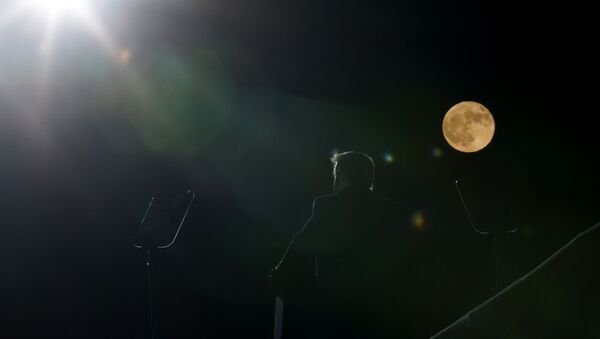 Muhammad Osman
All materialsWrite to the author
US President Donald Trump may leave the White House by 20 January 2021, Inauguration Day in the US since 1937, as Democratic candidate and former Vice President Joe Biden is projected by all US major media outlets to have won the 2020 presidential election. The official tally has yet to be released.

The administration of US Republican President Donald Trump intends to “flood” the Islamic Republic of Iran with sanctions, ahead of a Joe Biden inauguration on 20 January 2021, in order to make it more difficult for the Democrat to get back into the 2015 nuclear deal abandoned by Trump in 2018, Axios reported on Sunday.

According to the US news website, citing two unnamed Israeli sources briefed on a planned wave of anti-Iran sanctions, the Trump administration is now attempting to achieve the plan by coordinating with Tel Aviv and other Gulf states.

Abrams is also set to meet with Israeli Minister of Defence Benny Gantz and Foreign Minister Gabi Ashkenazi on Monday, to brief them on Trump’s intentions, the publication said.

The aims of Trump’s last-ditch efforts are said to be attempts to make it harder for a Biden administration to return the US to the 2015 Joint Comprehensive Plan of Action (JCPOA) agreement, known as the Iran nuclear deal and originally negotiated during former US President Barack Obama’s tenure. Trump unilaterally pulled Washington out of the deal in 2018.

Axios said that the Trump administration, encouraged by Israeli diplomats and security services, have prepared over the last several weeks a “target bank” of Iranian entities that could be hit with the additional sanctions.

“The goal is to slap as many sanctions as possible on Iran until Jan. 20,” one Israeli source said, quoted by the outlet. 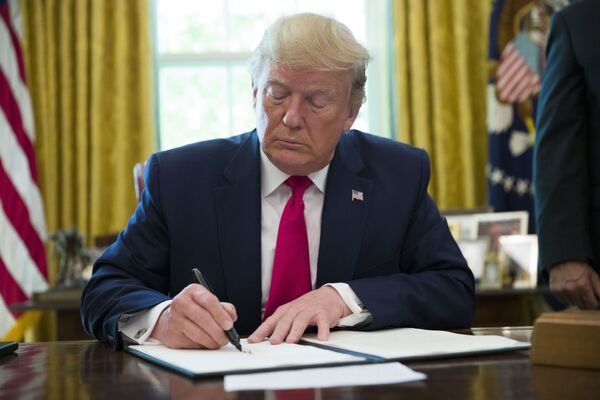 To fulfill the plan, Abrams said in recent days that the White House is likely to impose new sanctions on Tehran every week, until Trump’s last day in the Oval Office, a source told Axios.

Israeli sources suggested that the planned sanctions may not be related to Iran’s nuclear program, as it would be easy for a Biden presidency to undo them once he moves to get Washington back into the JCPOA agreement. Instead, the Trump administration is planning to link sanctions to the Islamic republic’s ballistic missile program, human rights record, and allegations of Tehran’s support for terror groups.

Abrams’s next destination, after Tel Aviv, is expected to be Abu Dhabi and Riyadh, the Trump administration's primary allies in the Gulf, with the same purpose – to discuss additional sanctions on Tehran.

Axios also claimed that US Secretary of State Mike Pompeo is expected to arrive in Tel Aviv on 18 November, and is likely to visit other states in the region to discuss last-minute sanctions. 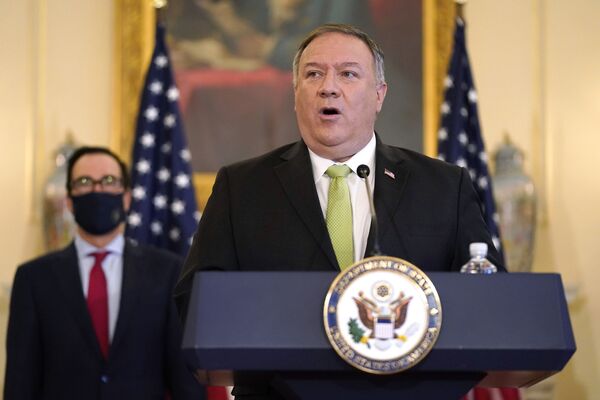 Biden, who was Obama's VP at the time that the Iran nuclear deal was signed, is widely expected to change the approach to Iran and its nuclear programme, including reviving the 2015 agreement. The move is thought by some to be considered a threat to Tel Aviv.

On Sunday, Iranian Foreign Minister Javad Zarif said that Tehran “is extending its hands” to all states in the region and is ready to engage in dialogue to end tensions after "Trump is gone”.

“Trump is gone and we and our neighbors are staying. Betting on foreigners does not bring security, and disappoints. We extend our hands to our neighbors in order to cooperate in achieving common interests of our peoples and countries,” Zarif tweeted. “We call on every one to engage in dialogue as the only way to end differences and tensions. Together we will build a better future for our region.”

Iranian President Hassan Rouhani on Sunday commented on a projected Biden election win, saying that the new US administration had a chance to reverse Trump’s “harmful, incorrect” policies and end his maximum pressure approach toward Tehran.

“Now is the time for the next administration of the United States to make up for past mistakes and return to the path of adherence to international obligations,” he was quoted as saying by the Foreign Ministry.