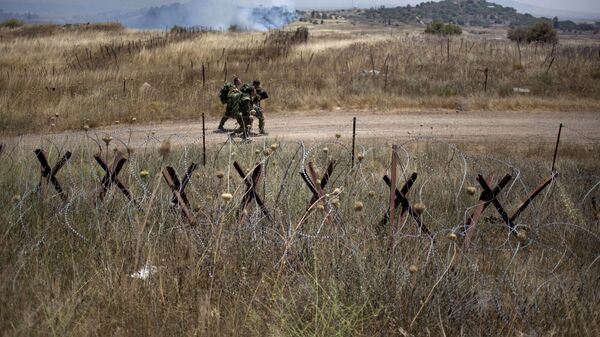 TEL AVIV (Sputnik) - The Israel Defence Forces (IDF) said on Sunday that an unidentified man was neutralised after an attempted knife attack outside the al-Fawwar refugee camp, southwest of Hebron, West Bank.

"The assailant arrived at the scene in a car, got out of the vehicle and began advancing toward the IDF soldiers with a knife drawn in an attempt to stab the soldiers who were reinforcing the roadways", the military said. "The soldiers called for the assailant to halt and conducted the procedure for arresting a suspect. After he did not adhere to their calls, they fired at him in order to neutralise him".

IDF: Following the previous report regarding an attempted stabbing attack adjacent to the Al Fawwar refugee camp, southwest of Hebron, an assailant arrived to the area in a vehicle, exited from the vehicle and advanced with a drawn knife towards the troops in attempt to (1/3) pic.twitter.com/ytv15ttRkK

​The incident resulted in no casualties on the Israeli side, while the suspect, identified as a 41-year-old resident of Duma, was sent to a local hospital.