US Election: Fewer and Fewer Americans Are Identifying With Either Democrats or Republicans - Prof. 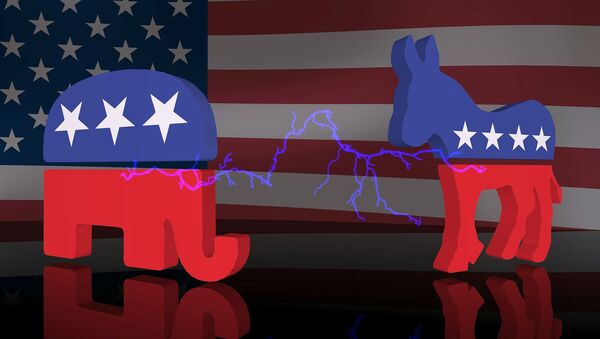 CC0 / /
Subscribe
US President Donald Trump and Democratic presidential nominee Joe Biden are neck and neck in this race. Why did this uncertainty happen, given that election polls confidently handed victory to the democratic candidate? Both of the candidates have claimed that they are on the path to winning.

Dr Michael Pomante, Assistant Professor of Political Science at Jacksonville University, Florida says the current situation occurred due to "a transition in the American electorate".

Sputnik: US President Donald Trump and Democratic presidential nominee Joe Biden are neck and neck in this race. They both have claimed that they were on the path to winning. Did you expect anything like this to happen, given that the incumbent president has grabbed even more votes than he did in 2016?

Dr Michael Pomante: President Trump is definitely a polarising president. We have seen that he is connecting with individuals who are disengaged from the political process, who have not been included, have decided not to engage in politics before because they haven't felt like there was a politician who represented them. So, President Trump brought a lot of new voters to the electorate, but on the other hand, he's also brought a lot of other voters, other citizens that hadn't voted before but also voted against him. So a lot it has to do with how polarising the president is.

Sputnik: Election polls turned out to be wrong again. Some of them were forecasting Joe Biden to win by 17%, and the same polls were predicting Hillary Clinton to win in 2016. Why, do you think polls and pollsters had it so wrong?

Dr Michael Pomante: I think we are starting to see a transition in the American electorate that is starting to have an effect on polling, especially as Americans are getting more and more divided, more polarised, we are not wanting to share those extreme positions with people, some people are embarrassed. The one trend that we have seen throughout recent history in America is that fewer and fewer individuals are identifying with either the Democrats or the Republicans. They are becoming so polarised, so people don't want to identify with them. But when it comes to elections they are essentially forced to choose one of the two parties to represent them because third parties are not really an option here in the United States. 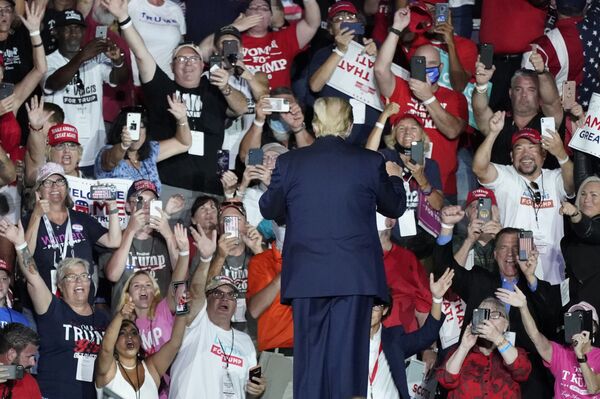 Sputnik: Do you also take into account the phenomenon of hidden voters?

Dr Michael Pomante: The hidden vote is starting to be individuals who have not been included or have chosen not to participate in electoral politics before because they felt like the outcome hasn't really mattered to them, and because of the polarisation they are feeling that it is now more important to actually participate and that it is beneficial to them to go out and cast a ballot. The same thing has kind of happened on the Democratic side, because if we look at 2016, Joe Biden has brought out a large percentage of the population to vote for him as well. He has also got more votes than any candidate in the history of the United States. So, comparing 2016 to 2020, we see those individuals that didn't want to come out and vote for Hillary Clinton and they didn't want to vote against Donald Trump, but now that they had an option which didn't include Hillary Clinton, they came out in droves to vote against Donald Trump essentially casting ballots for Joe Biden.

Sputnik: The mainstream media - MSNBC, ABC, CBS, CNBC, and NBC - immediately cut off the broadcast of Trump's speech when he addressed the alleged election fraud and accused his opponents of "stealing of the elections". How do you assess the move?

Dr Michael Pomante: President Trump is trying to create this belief among his supporters that the election is being stolen from him, and that just isn't the case because we are voting during a pandemic, many Americans took advantage of the multiple ways that we have to cast ballots to vote in this election. Moving up to the election, President Trump was continuously saying to his supporters "don't vote by mail, it's a fraudulent process, there's going to be fraud, so don't do that".

So he really did a disservice to himself by doing that because now in the states that are still counting right now, they are all counting mail-in ballots. And they have just reported the change in Pennsylvania - Vice President Biden took the lead by 5,587 votes and he is winning 87% of the mail-in ballots in Pennsylvania. That is all they are counting, we can expect Donald Trump to continue to lose votes and Joe Biden's lead to increase in that state. In actually all the states that are still counting Vice President Biden's winning the vast majority of the mail-in votes.

Sputnik: The Trump campaign has alleged for months that fraud may result from the mail-in ballot process. The campaign filed lawsuits in Michigan, Georgia, and Pennsylvania in order to stop the counting of ballots. What do you expect these processes to grow into? Will the Supreme Court step in eventually, and what might be the way out?

Dr Michael Pomante: Right now we haven't seen, even though President Trump has already started lawsuits trying to prevent or to stop the count, no state has actually done that, because they are going through the process. This is the process, this is how the process has always been done, there's nothing fraudulent about it and he has no evidence. He hasn't presented any evidence of any fraud, and that is really what the courts are going to look at, is if he has evidence. Besides the rhetoric of President Trump this election has gone fairly smoothly. We don't see any major problems like we did in 2000. There have been minor things of human error and stuff like that but nothing systematic that is really causing any problems. I think we have only found two instances of fraud in the entire country as of this moment. So, there is no evidence of widespread fraud in any of these states. What President Trump is alleging, we look at Georgia specifically and Arizona – those are states that Trump carried before and he was not necessarily targeting those states for fraud. The fact that it's happening in both Democratic and Republican states reduces the legitimacy of his arguments. 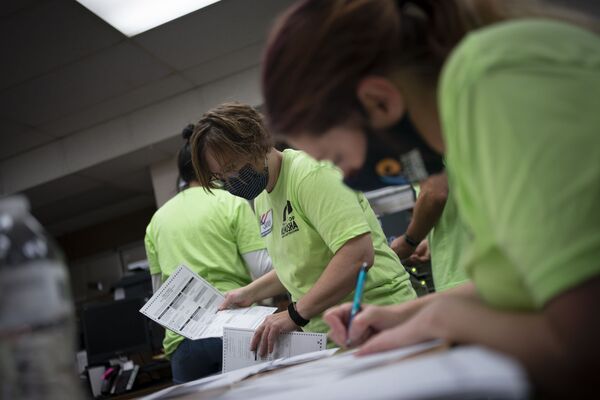 Sputnik: Is there anything else our readers ought to know?

Dr Michael Pomante: Here in the United States we don't pick our president based on the popular vote. If we did pick the president based on the popular vote and not the electoral college, this race would have been over three million votes ago. The Electoral College is very contentious and we see a lot of Democrats starting to argue that the Electoral College is outdated and it should be gotten rid of. Because if we look at 2000 the election was taken away from the Democrats and then again in 2016. Within a 20-year period they had two elections taken from them and this election is much closer than the Democrats would like even though their vote totals [popular vote] are in excess of three million votes of President Trump. There's really this upheaval and uneasiness on the Democratic side about the Electoral College to be reformed or even gotten rid of.