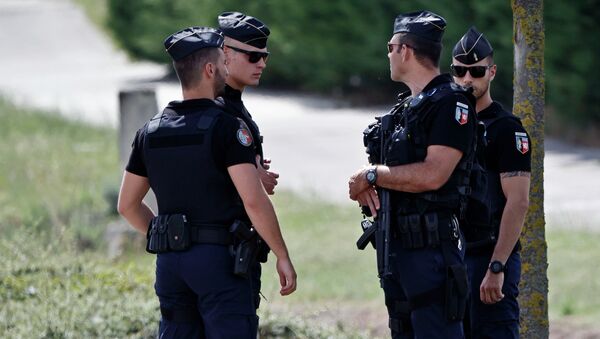 © AP Photo / Michel Euler
Subscribe
International
India
Africa
The priest was shot in Lyon last Saturday, shortly after a gruesome stabbing attack in the Notre-Dame basilica in Nice and the assassination of Parisian teacher Samuel Paty by a radicalised teenager earlier in October.

French police have detained a suspect linked to the attack on Nikolas Kakavelakis, a Greek citizen and orthodox priest, according to the newspaper Le Parisien. The newspaper reported, citing sources, that the suspect is a 40-year-old man with Georgian citizenship, referred to as Georgi P.

The suspect was arrested by the judicial police at his home in Lyon's 1st district, a week after another suspect linked to the attack was detained by the authorities. He admitted to shooting the victim, saying it was an act of revenge, but noted that he didn't intend to kill the priest. 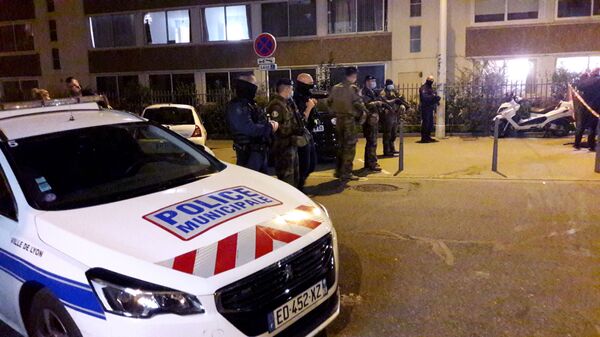 Police secures a street after a Greek Orthodox priest was shot and injured at a church in the centre of Lyon, France October 31, 2020.
© REUTERS / CECILE MANTOVANI

Kakavelakis was attacked in the 7th district of Lyon on Saturday afternoon, as he was closing the church. The perpetrator, armed with a sawed-off shotgun, fired his weapon twice and fled the scene, while the priest was taken to hospital in serious condition.

Several violent attacks have shocked France over the past month: last week, a 21-year-old Tunisian man killed three people in a knife attack in the Notre-Dame de Nice Basilica. Two weeks before that, a teenager of Chechen origin killed a history teacher, Samuel Paty, and decapitated him for showing caricatures of the Islamic Prophet Muhammad to teach his students about freedom of speech.

President Emmanuel Macron addressed the incidents by stressing that he would fight against radical Islam and religiously-motivated violence, prompting a backlash from Muslim politicians across the world.