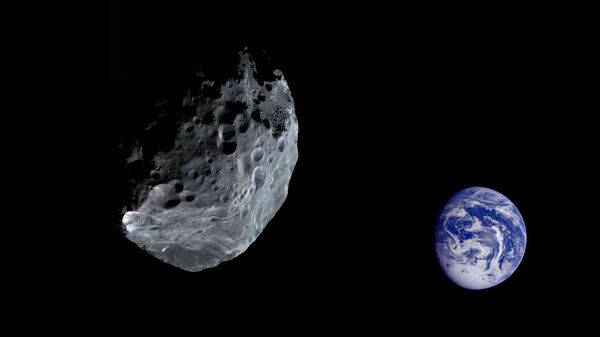 Max Gorbachev
All materialsWrite to the author
Despite its impressive size, 2020 TYI looks like a peanut compared to the asteroid that will whizz past the Earth at the end of this month. Named WO107, the celestial body is almost as big as the world's tallest building, Burj Khalifa.

An asteroid the size of the Great Pyramid of Giza will fly past our planet at break-neck speed on 7 November. The celestial body is estimated to be between 79 and 179 metres in diameter, making it around the size of one of the wonders of the ancient world. Initially, the pyramid was 147 metres, but over the years it has lost some of its size and now stands at 138 metres.

The asteroid 2020 TYI was first discovered in October and is travelling towards Earth at 29,000 miles (46,671 kmph) per hour. NASA said it would swoosh past our planet at a distance of 3.5 million miles, which is almost 14 times the distance between the Earth and the Moon. Despite this, the space agency has classified the celestial body as a near-Earth object, meaning it will fly in close proximity to us and may pose a danger to our planet.

2020 TYI is one of the largest asteroids to have a rendezvous with Earth in recent weeks. On 2 November, our planet was almost grazed by 2018 VP1, which flew by at a dangerous distance of just 4,000 miles (6,000 km). Prominent astrophysicist Neil deGrasse Tyson said the celestial body "buzz cut" the Earth.

At the end of the month, a whopper of an asteroid will swoosh past our planet. WO107 is expected to reach 819 metres in width, which is almost as big as the world's tallest building, the Burj Khalifa in Dubai, United Arab Emirates. The skyscraper is 828 metres tall. WO107 was first discovered in 2000 and according to NASA it will pass by our planet at a safe distance on 29 November.