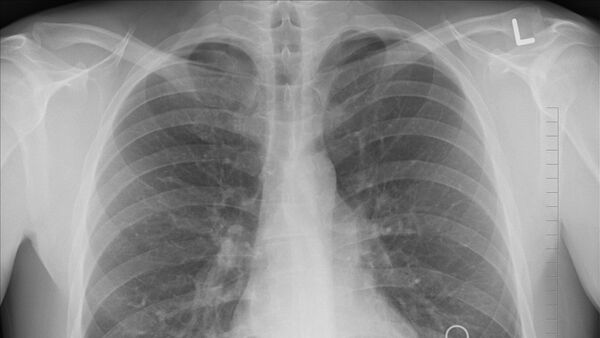 Dhairya Maheshwari
All materials
Marrying within one’s caste or community, an euphemism for union between two remotely related individuals, is common in both urban and rural parts of India. However, the practice of endogamy has also been found to make progeny more susceptible to a wide range of genetic disorders.

The widely-prevalent practice of “consanguineous” marriages among Indians has been found to be a major factor driving the high incidence of Cystic Fibrosis (CF) in the South Asian country, a study spearheaded by New Delhi-based Sir Ganga Ram Hospital (SGRH) has found.

“Our study found that the disease-causing pathogenic variants in the Indian population were different from those commonly observed in the West,” Dr. Sunita Bijarnia-Mahay, a senior consultant at the Institute of Medical Genetics and Genomics, Sir Ganga Ram Hospital, said on Friday.

“It is because of our unique system of marriages within the same caste/community and presence of consanguineous marriages,” she added.

Consanguineous marriage refers to a union between two individuals who might be second cousins or may be related in some way or the other.

Endogamy, or the practice of marrying within one’s community, is widely prevalent, not only in rural parts of the country but even in cities.

A First: Swedish Covid Patient Gets New Lungs Transplanted
A 2018 survey jointly conducted by The Lok Foundation and Oxford University reported that 93 percent of India's urban respondents stated that they'd had an arranged marriage: the partners were set up by their respective families.

Despite knowledge of the health risks of endogamy on potential offspring, marrying within a small, genetically-related community,  is not frowned upon as it perhaps should be.

Cystic Fibrosis (CF) is a heritable life-threatening disorder that damages the lungs and digestive system. It affects the cells that produce mucous, sweat and digestive juices. It causes these fluids to become thick and sticky.

"CF was considered to be very rare in the Indian population. This study not only shows the prevalence of CF but also its high extent," a Friday statement by Sir Ganga Ram Hospital read.

“For the first time a high carrier frequency of 4.5 % (9 per 200) for Cystic Fibrosis (CF) has been revealed. Carrier frequency of 9 per 200 found in the study has an expected disease prevalence rate of 1:2000,” the leading Delhi hospital said.

The significant findings were also carried out by the London-based, peer-reviewed BMC Medical Genetics journal on Thursday. The study was conducted in partnership with Bengaluru-based Medgenome Labs.

Dr. I.C. Verma, a senior consultant at the Institute of Medical Genetics & Genomics at Sir Ganga Ram Hospital, said the federal health ministry should make it mandatory for all pregnant women to be thoroughly screened to identify and potentially prevent the lung and digestive disorder among newborns.

“One in 2,000 Indian newborns could have the disorder. CF was considered to be very rare in the Indian subcontinent, but the current study shows its frequency to be higher than in the West,” he highlighted.

“Cystic fibrosis should be added to beta thalassemia and spinal muscular disorders that should be screened in all pregnant women to prevent these diseases. It should also be added to the list of disorders for which new born screening is being done,” demanded Dr. Verma.

The senior consultant expressed concern that a cure for CF was yet to be found. “But medications and other therapies can ease symptoms and prolong life. The only way it can be prevented is by genetic screening,” the medic added.