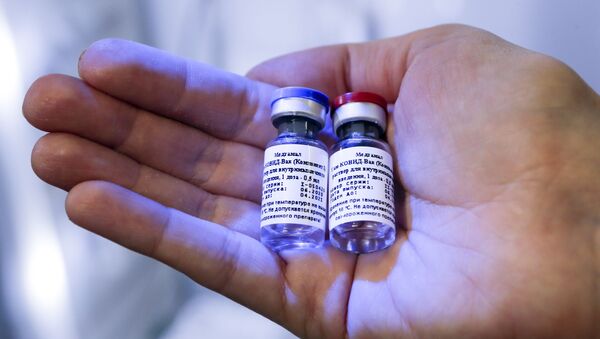 Ekaterina Blinova
All materialsWrite to the author
On 2 November, Argentine President Alberto Fernandez revealed that the Latin American country would receive 25 million doses of Russia's anti-COVID vaccine Sputnik V in December 2020 and January 2021. An Argentine author explains why Buenos Aires has picked the option and how it may help tackle the pandemic and bring the economy back on track.

"It is crucial for the country to have a vaccine before the second wave hits like it's seen in Europe right now," says Argentine author and political analyst Gonzalo Fiore Viani. "I think that is some very great news for the Alberto Fernandez administration in particular and the Argentine people in general".

The second wave of the coronavirus pandemic triggered some European countries to re-impose quarantine restrictions which threaten to deal a repeated blow to their economies, which have already been hit by the lockdown-related recession.

The Argentine economy is also experiencing a COVID-related downturn and it may suffer even more if the country continues to be closed, according to Viani, who stresses that it's important to resume production and at the same time protect the people.

"In that context, having a vaccine will be the key to hit the road out of the pandemic nightmare", the author underscores.

Sputnik V to the Rescue

Earlier, Buenos Aires had started negotiations with almost all of the international players that are right now developing anti-COVID vaccines, including Britain's AstraZeneca, China's Sinopharm, and Germany's BioNTech, the analyst points out.

Although AstraZeneca has been regarded as a frontrunner among the other Western European vaccine developers, the firm has faced a number of setbacks during the course of the trials. In July and September two AstraZeneca vaccine trial participants suffered serious neurological symptoms, while in October another trial volunteer died in Brazil.

It is expected that the company may roll out its product, AZD1222, in late December 2020 or early January 2021 in case the final results of the Phase 3 trials are released this year. Meanwhile, the vaccine candidate has yet to secure regulatory approval, along with BioNTech's BNT162b2. Sinopharm's BBIBP-CorV, the drug based on the inactivated whole SARS-CoV-2 virus, remains under development.

None of the aforementioned vaccine producers has provided access to their drugs, except Russia. Under these circumstances it is quite logical, according to Viani, that the Argentine government picked Sputnik V, a two-vector adenoviral vaccine developed by Gamaleya Research Centre and registered on 11 August.

He notes that while the 44.5-million nation is prepared to acquire Sputnik V vaccine it does not mean that it will not buy other vaccines once they are registered and approved for use:

"It is a matter of when they will be available, and, specially, if they will work with efficiency against the COVID-19 virus," he stresses.

According to the Buenos Aires Times, Argentine Health Access Secretary Carla Vizzotti travelled to Russia on 17 October "on a fact-finding mission" to learn more about the Gamaleya Research Centre's vaccine. Speaking to Sputnik, Fernández revealed that the talks between the Argentine leadership and the Russian Direct Investment Fund (RDIF) had been going on "for quite some time". The president praised the agreement as a hugely positive move as it would help vaccinate over half the population. 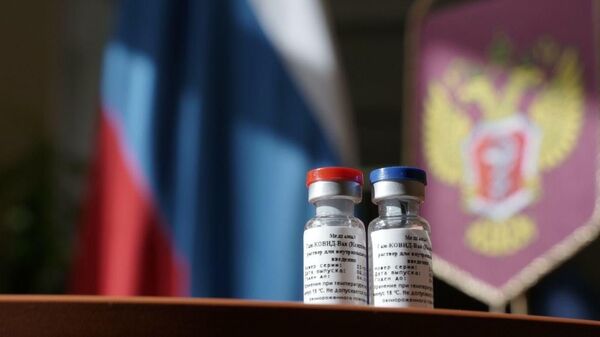 It's No Good Politicising COVID Vaccination

Still, the anti-COVID vaccination issue remains heavily politicised. Russia's Sputnik V was subjected to fierce criticism from US and EU political observers as soon as it was officially registered. In early September CNBC admitted, however, that Sputnik V shows no adverse effects and creates a substantive antibody response, citing The Lancet, the world's oldest and most reputable medical journal.

Nevertheless, following Hungarian Prime Minister Viktor Orban's announcement on 30 October that Budapest is negotiating with Russia and China for anti-COVID shots, European Commission spokesman Eric Mamer stated that any coronavirus drugs must comply with the EU standards and undergo special approval procedures. Some observers have interpreted the statement as a signal to Orban.

"The anti-COVID struggle has been politicised in Argentina early on. Of course, the whole world is no exception to this. But that issue can also be seen in Argentina internally. The people who are in the opposition to the Fernandez government have said they are against the vaccination with the Sputnik drug," Viani says, adding that the major argument cited by these people is that it is 'the Russian vaccine'." "They seem to have a strange and outdated Cold War perspective of things that no longer correspond to reality."

The politicisation of healthcare amid the longstanding pandemic does no good to anyone, according to the Argentine author.

"I think that it is important that some issues, especially those involving health and topics of public interest, should be left out of the political discussions. The vaccine is an example of that," he concludes.

Meanwhile, Russia's Sputnik V vaccine has demonstrated impressive results during the final Phase 3 trials. On 26 October, Alexander Gintsburg, the head of the Gamaleya Research Centre, specified in an interview with the broadcaster Rossiya 24 that 85% of those administering the drug had experienced no side effects. Unlike other vaccines, Russia's Sputnik V is administered in two shots to boost its efficiency. In addition to this, in mid-October Russia's second vaccine, EpiVacCorona, was rolled out by Russia's State Research Centre of Virology and Biotechnology Vector.