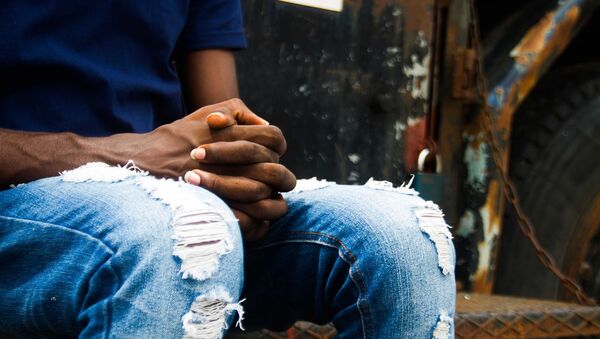 Aleksandra Serebriakova
Sputnik correspondent specializing in foreign affairs.
All materialsWrite to the author
A Nigerian village has recently experienced a wave of “ugly” crimes leading to a meeting of the Mbawa council to investigate the incidents of mysterious “genitalia disappearance”.

Prophet Joshua Uhembe from Daudu community in Nigeria’s Benue State had all his property burnt down by a crowd of youths after he was accused of “manhood snatching” among local men, seven of who have lost their penis, Pulse Nigeria revealed.

The house of his assistant Noah Saka was also reportedly set ablaze as the man of God was similarly accused of genitalia stealing.

Apparently, the photos of the incident (burning, not stealing) were shared by a member of the local community, Ayibe Sulega Festus, who captioned the pics: “You can use your penis and your wife’s vagina and your children’s everything for money, we don’t have a problem about that. But using others' penis and their children is our cause of anger."

A spokesman for the community, James Nelson Akpe said on Facebook that the two men were indeed found responsible for the act of “manhood snatching” after meeting of the traditional council of the elderly was called.

Akpe explained that the “masterminders of manhood snatcher in Daudu [sic]” were carefully examined by local leaders after victims of the alleged crimes explained what happened to them.

However, no details about the incidents were provided to the curious public, neither was the location of the lost penises revealed.

The clergymen were arrested and taken to police headquarters in Makurdi, which is the capital of Benue while they await the governor’s response. It remains unclear why clergymen should have stolen men’s genitalia and what they did with them.

But according to a  statement from Pulse Nigeria, “the annual stories of people’s penises disappearing mysteriously in Africa” are not uncommon during the run-up to Christmas.