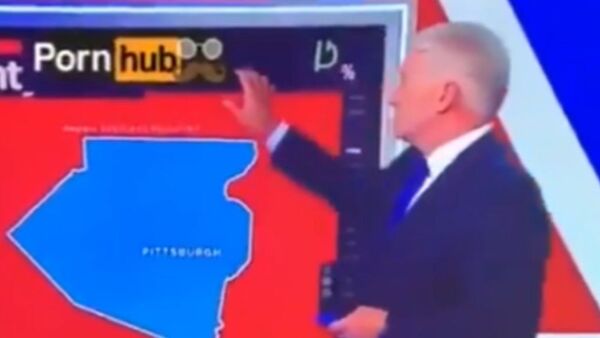 A “manipulated media” advisory was eventually slapped on the video by Twitter.

Guy in charge of the screen must have been contemplating death pic.twitter.com/tTBiz35VGZ

This is the moment where he said “On national tv....THIS is what we’re doing now?” pic.twitter.com/oy2cmoaHzI

And in the middle of no fap November.

He was so disturbed 😂 pic.twitter.com/9dayQpdkDk

Even with the “manipulated media” label, some Twitterers seemed to take the clip at face value - and things got a bit weird.

Satanist and Pedovores, what do they have to lose ? @CNN King still wishes the wicked witch HRC won and is having some PTSD moments. KAG!

WOW!! That says it all. CNN is more corrupt than I thought. Why are listening to these baffoons!!