Let Trump Have His Day in Court 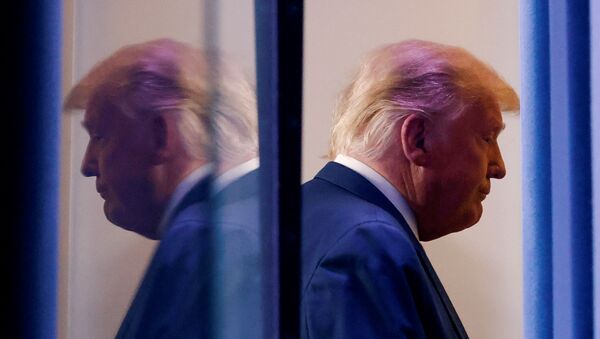 Jon Gaunt
All materials
One thing that this USA election has proved is that postal voting on an industrial scale is wide open to fraud and allegations of fraud and is a really bad idea. Election day should be exactly what it says on the can, a DAY! Not weeks and weeks or even months of voting.

How can you cast your vote legitimately without knowing all the arguments and then going in to the privacy of a voting booth and casting your private vote? Answer: you cannot.

Would the outcome have been different if people had known or been allowed to know about the serious allegations against Joe Biden’s son, Hunter, and his links to China before they sent off their postal vote?

And please don’t try and excuse this crisis by using the pandemic to justify the roll out of postal voting. Americans were still able to get to the mall and the fast food joints so they should have been forced in to the voting booths too.

I have a great fear that this excuse will be used to extend postal voting in the UK starting with the Welsh assembly and Mayoral elections in places like London when they eventually happen. We who believe in democracy must resist this with all our might.

I believe in one vote for every man and woman who can prove, at the polling station, that they’re who they say they are by producing a valid piece of documentary evidence like a passport, or driving licence.

I am sick to the back teeth of the MSM telling me that postal voting always favours the Democratic party in the USA, we know that as that’s why Labour are so keen on it in the UK too.

Trump encouraged his supporters from the word go not to use the postal vote but instead to vote on the day, which they did in their millions. The facts speak for themselves as over 51 percent of democratic votes were postal whereas the figure for Trump supporters were around 26 percent.

I stayed up all night to watch the election, and I and most of the broadcasters thought that Trump had it in the bag by about 5 am UK time.

Unlike them though I wasn’t surprised by the massive support for Trump and they were begrudgingly beginning to accept that he was a political phenomenon and that ‘Trumpism’ was here to stay. But then…. The postal votes started to be opened!

I don’t know whether Trump’s allegations are just the rantings of a sore loser but as ex-MEP Nathan Gill remarks on my Sputnik show today, “Trump had four years of harassment from the MSM, fake hoaxes of Russian interference and impeachment, he has faced an uphill climb every day. I think we can allow him to be a bit worried and suspicious about the result.”

What I also know is that the political elite and the MSM, not just in Washington but around the globe are taking delight in Trump’s apparent loss.

There has been no sense of balance in their reporting in marked contrast to how they behaved with Al Gore’s ‘hanging Chads’ controversy in 2000. I wonder why?

Many of that same MSM in the UK have also spent 4 long years supporting the likes of Gina Miller and the Remainiacs who have been trying to overturn our democratic decision on Brexit.

They have been calling for another referendum and suggesting that Brexiteers were thick or misled.

Remember the nonsense about the sign on the bus?

They have also used the British courts to further their cause so why are the BBC and Sky condemning Trump?

On Sky News this morning a young female reporter was breathlessly reporting that a right-wing plot to stage an armed attack on a counting centre in Pennsylvania had been thwarted and a man arrested.

The reporter has taken it upon herself to be judge and jury and has already convicted the man because he has a Q anon sticker on his alleged car?

Not only that, she appears to be also putting Trump on trial for something which the alleged assailant hasn’t even been named or charged for. This is a new level of bias.

Meanwhile Twitter have decided that they are God and are censoring anyone who is to the right of Jeremy Corbyn.

How is any of this good for democracy?

The MSM have conveniently forgotten that there were numerous law suits before the election by both Democrats and Republicans about how postal votes would be handled and there is still no uniform policy across the States.

This is not just an American problem either. Ever since the UK allowed anyone to apply for a postal vote in 2001 we have seen an exponential rise in voting in this way and I don’t believe that is a good thing for our democracy.

The only people who should get a postal vote are those serving in the armed forces or with a registered disability that stop them getting to a polling station in person.

If you’re too lazy to get off your backside to vote then I don’t see why you should have one.

There have been enough allegations of electoral fraud in the UK in recent years to make us reverse postal voting and stop this trend. Remember Thanet, Tower Hamlets or Birmingham?

So, as we approach Remembrance Sunday and our silent 2-minute tributes to the fallen we should remember that millions died to defeat fascism and defend our democracy and that the electoral system is at the heart of our democracy.

How dare we criticise other countries, if we in the West do not have a robust electoral system ourselves?

I say let Donald Trump produce the evidence and then have his day in court.

Sy.Gunson. NZ
7 November 2020, 02:14 GMT
000000
Mail-in fraud ballots. Arrest the ones who pushed for mail-in voting. Mail-in voting allows identifying if its a registered dem or rep while in the mail.