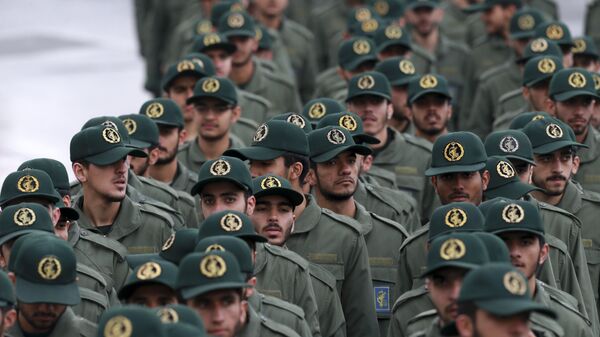 Ilya Tsukanov
All materialsWrite to the author
Tensions are high in the aftermath of Tuesday’s presidential election in the US, with both candidates claiming victory, and President Trump warning that he would not allow his opponents to “steal” the vote amid what he called a “very strange” tendency for his “solid” early leads in key battleground states to evaporate in Democrat-controlled areas.

Islamic Revolutionary Guard Corps deputy commander for political affairs Gen. Yadollah Javani has said that he could not rule out major civil unrest breaking out across the United States in the wake of the November 3 election, saying the readiness levels of US security forces have already reached those of militaries preparing for a confrontation with an external adversary.

“Today, the level of preparedness of American security forces is similar to the alerts that various countries consider for confrontation with the foreign threats. It indicates that the US is under special conditions,” Javani said, speaking to the Tasnim News Agency on Friday.

Referring to analyses of the deepening crisis he said was facing the military and economic superpower, Javani said there is a distinct possibility “that this crisis will deepen” and degenerate into internal unrest.

“The possibility of civil unrest in the United States is not far-fetched,” the commander emphasized. “US authorities and police officials themselves acknowledge that the country must be prepared” for post-election turmoil, he added.

“When security forces are on standby in important US states, it is a sign of the crisis that the country may face,” Javani warned. 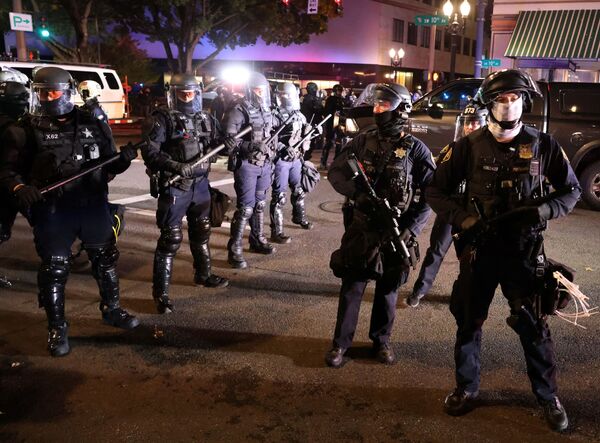 Police stand in front of demonstrators during a protest the day after Election Day in Portland, Oregon, U.S., November 4, 2020
© REUTERS / GORAN TOMASEVIC

Javani also weighed in on the question of which candidate Iran prefers – President Donald Trump or his Democratic challenger, Joe Biden. “Our problem is not with the Republicans or Democrats, but with the principal of the American political system,” the senior officer explained. “We see the arrogant American system as a threat to our system.”

The Iranian military commander’s comments come amid heightened tensions in the wake of Tuesday’s presidential election in the US, with both Trump and Biden expressing confidence that they would come out the winner, and Trump accusing his rival’s party of attempting to “rig” the election against him.

Trump attacked mail-in ballot voting for months ahead of the election, suggesting it opened the door to vote rigging due to reduced levels of oversight by election officials. The president’s Democratic opponents dismissed Trump's concerns, and accused him of deliberately playing up the issue as a pretext to allow him to claim that the election was stolen from him if he lost.

‘What a Spectacle!’ Iran’s Khamenei Rips US-Style Democracy in Wake of Presidential Election
As many as 100 million Americans are said to have voted by mail this year, with Trump complaining about his early lead in multiple strategic battleground states evaporating in recent days amid the alleged mass dumping of mail-in ballots in favour of his opponent.

Tehran’s relations with Washington sunk to lows unseen since the 1979 Iranian Revolution under Trump, with the two countries stepping back from the brink of open military conflict several times in the past two years. Nevertheless, Iranian Supreme Leader Ayatollah Ali Khamenei has said that Tehran’s policy toward the US wouldn’t change “no matter who wins” the election. Foreign Minister Mohammad Javad Zarif similarly indicated that “if the US decides to stop its malign behaviour against Iran, then it will be a different story no matter who sits in the White House.”