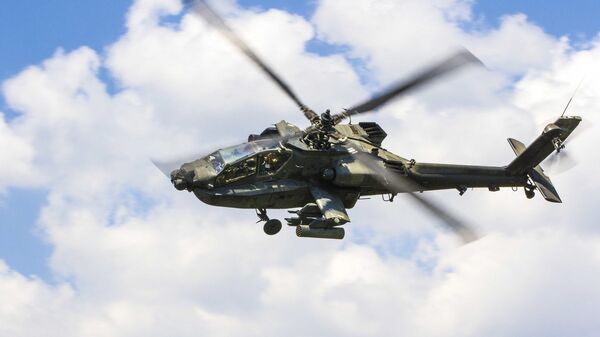 CC0 / /
Subscribe
International
India
Africa
Daria Bedenko
All materialsWrite to the author
The Apache helicopter is a same type of aircraft that Prince Harry flew in Afghanistan, after he qualified as an Apache pilot at Wattisham Flying Station - the base where the reported incident occurred.

A UK Apache attack helicopter fired a potentially lethal round of ammunition while being moved across the ground at Wattisham Flying Station in Suffolk, The Daily Mirror reported on Thursday.

The incident took place as the aircraft was being wheeled out of its hangar, unleashing a “negligent discharge” as soldiers prepared for an exercise at Wattisham, The Mirror said, citing sources in the Army Air Corps.

An investigation has reportedly been launched into the incident.

“There was a huge flap about this negligent discharge immediately afterwards as if it had hit someone it would have killed them and maybe others too. It is very fortunate nobody was injured but it is being taken extremely seriously as firing weapons like this cannot be taken lightly by anyone", The Mirror quoted the source. "Even though it is believed the round that was fired was a practice variant, which does not contain high explosives, it was nevertheless potentially lethal".

Practice rounds are used in military exercises, as they are cheaper and less deadly than live ammunition.

“We are aware of an incident at Wattisham Flying Station which is being investigated", an Army spokesman told The Mirror.

According to the report, no civilians were injured and no property was damaged in the incident.

The Apache is an attack helicopter that the UK's Prince Harry flew during his military service in Afghanistan.