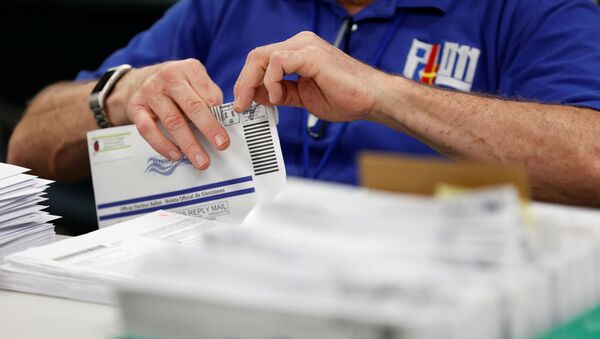 Aleksandra Serebriakova
Moscow-based Sputnik correspondent specializing in foreign affairs.
All materialsWrite to the author
According to Michigan election law, only ballots received before 8pm on Election Day would be counted towards the final vote. The Donald Trump campaign is currently filing a lawsuit with the Michigan Court of Claims to halt all vote counting until Republicans are provided with access to observe the process in the swing state.

An anonymous USPS insider from Barlow Branch, Michigan said that local mail carriers were instructed by their supervisor to separate all coming ballots arriving later than the Election Day to be then hand-stamped with '3 November'.

His comments were made during a video interview with James O'Keefe, the founder of the conservative activist group Project Veritas. In the clip, the source’s voice and appearance were distorted for security purposes.

“We were told to collect any ballots that we find in mailboxes, collection boxes, et cetera, for outgoing mail, at the end of the day, we are supposed to separate them from the standard letter mail, so they can hand-stamp them with yesterday’s date—and put them through the Express Mail system—to get wherever they need to go”, the person explained. “For clarification, today is the fourth of November.” 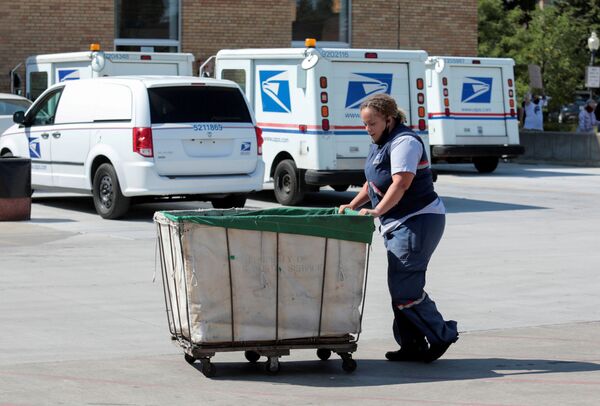 According to the insider, the sorted ballots were then put into Express Mail bags and taken to postal distribution facility next to Garfield Road.

The USPS staffer said that he was given this instruction, which he found “shady”, by his morning supervisor Jonathan Clarke, but the manager has refused to answer the question on the matter when contacted by O’Keefe.

State law, as affirmed by the Michigan Court of Appeals, proclaims that all ballots must be received by 8 pm on 3 November to be counted.

“That’s sketchy. I don’t like sketchy. It screams corruption. Also, knowing the post office leanings politically. It didn’t seem quite right,” the postal worker said, while explaining reasons behind his coming out.

He said that this instruction has upset his colleagues. The man also addressed fellow USPS workers, by saying that it is important “to report” any suspicious activity as “they can’t have any integrity in this country if they just let things slide”.

Donald Trump said on Twitter on Wednesday that “it looks like Michigan has now found the ballots necessary to keep a wonderful young man, John James, out of the U.S. Senate”, calling it a “terrible” thing, as the Republican candidate is currently challenging incumbent Democratic Senator Gary Peters.

Michigan is now witnessing Democratic runner Joe Biden overtaking President Trump in the lead by over 2% despite a clear Republican advantage throughout the previous day. Trump's campaign has now filed a lawsuit to stop counting in the swing state until “meaningful access has been granted” to Republican observers to oversee the counting process.