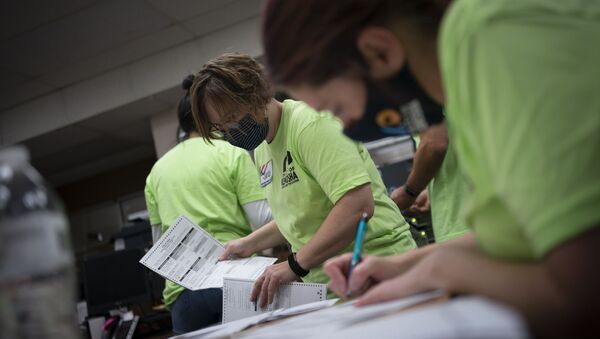 Sofia Chegodaeva
All materialsWrite to the author
Earlier in the day, media reports emerged saying that Trump campaign will announce a lawsuit in Nevada over alleged voter fraud.

US President Donald Trump said that every vote that came in after Election Day will not be counted.

Earlier, Trump doubled down on his previous call to stop counting the ballots after the polling stations were closed in the 3 November presidential election.

This comes amid continuing uncertainty over the winner in the election since several battleground states have not yet announced their results. These states are North Carolina, Nevada, Pennsylvania, Georgia, Alaska, and Arizona.

Earlier on Thursday, Trump campaign reportedly announced that it would file a lawsuit in Nevada over alleged voter fraud. 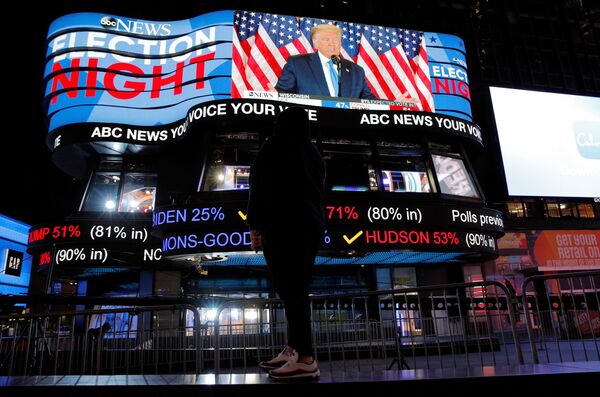 As of Thursday, Trump won 214 electoral college votes, and his Democratic rival Joe Biden 264 votes out of the 270 required to claim victory. Both candidates on the night after the election expressed optimism about their results. "We are on the path to victory," Biden's campaign said, and Trump also said "we were getting ready to win this election...", adding, however, that the present results are pointing at "a major fraud on our nation". 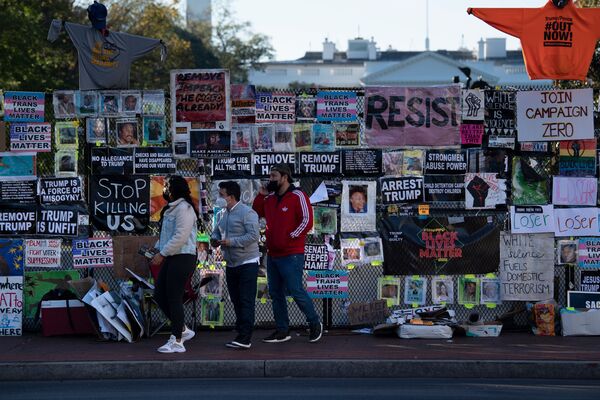 People walk past a temporary security fence around the White House covered in protest posters, as the 2020 US presidential election remains undecided on November 4, 2020, in Washington, DC.
© AFP 2022 / BRENDAN SMIALOWSKI

During the election campaign, the Democrats repeatedly called on citizens to vote by mail or early in-person voting, citing numerous restrictions in place amid the coronavirus pandemic. By the time Election Day arrived, nearly 100 million people had voted early. Trump has repeatedly opposed this way of voting, saying that "mail-in ballots are very dangerous - there's tremendous fraud involved".