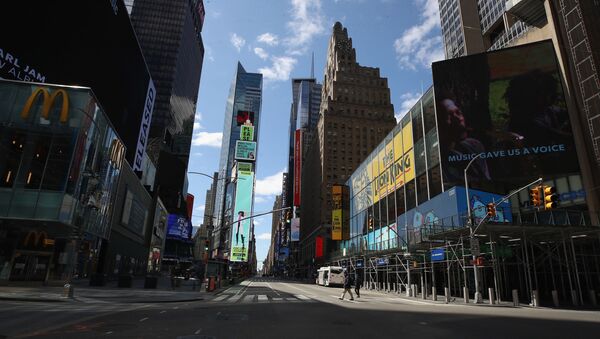 The election result might not be known by midnight because coronavirus restrictions will delay the counting of ballots across the US, analysts have warned.

Watch a live broadcast from New York City where people have been gathering in Times Square waiting for the results of the US presidential election to be announced.

This year, Americans have had to choose between the incumbent, President Donald Trump, and former Vice-President Joe Biden.

By the time polling stations opened on Tuesday, more than 96 million votes had already been cast, the US Elections Project said. This happened because of massive mail-in and in-person voting which was organised amid the ongoing coronavirus pandemic.

Analysts have warned that there is a possibility that the winner of the election might not be announced by midnight because of ballot-counting delays caused by coronavirus restrictions.