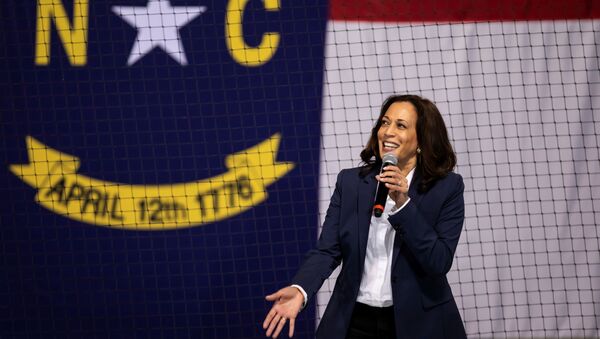 MOSCOW (Sputnik) – More than half of US voters – 51 percent – would prefer to see Kamala Harris from the Democratic Party a new vice president, an exit poll by NBC News shows.

The candidacy of Harris is opposed by 43 percent of the respondents.

Harris is supported by two-thirds of African American and Latino voters, but less than half of White and Asian respondents.

If elected, Harris will be the first female and the first person of color serving as the vice president. Her opponent is incumbent Vice President Mike Pence from the Republican Party.

On Tuesday, the United States held a presidential election, with incumbent leader Trump facing off against Democratic candidate Joe Biden.