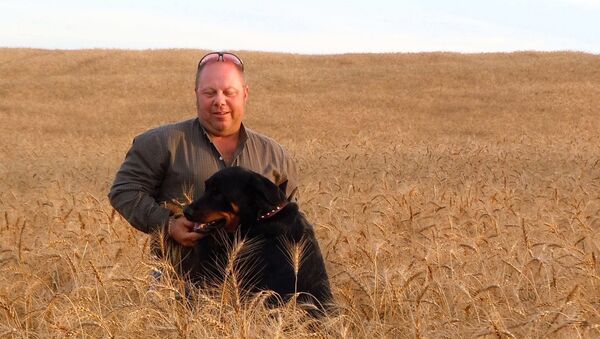 Ilya Tsukanov
All materialsWrite to the author
The sparsely populated state in the US Midwest has witnessed an uptick in coronavirus cases since the summer, with nearly 47,200 cases and 561 deaths reported since the health emergency began in March.

David Andahl, a Republican candidate for the North Dakota House of Representatives, won his race Tuesday night despite dying of coronavirus-related complications nearly a month ago.

Andahl, who was aged 55 when he died in hospital on 5 October, was elected to represent the state’s 8th district in the 94-member state legislature together with Dave Nehring, another Republican.

According to the unofficial results put out by state election officials, Andahl handily defeated his Democratic rivals Kathrin Volochenko and Linda Babb, winning 35.53 per cent of the vote in the ‘vote for 2’ race compared with Volochenko and Babb’s 11.42 per cent and 9.88 per cent, respectively. Nehring took another 40.72 per cent and 16,609 people cast ballots.

Described by his mother as someone who wanted to make things better for farmers and coal miners, Andahl remained on the ballot despite his death thanks to a law which says that ballots cannot be changed after early postal voting began in late September.

A week after Andahl’s death, North Dakota’s attorney-general ruled that the Republican Party would be allowed to appoint a placeholder to take his place until a special election could be held to replace him.

According to the Bismarck Tribune, Andahl served on the Burleigh County Planning and Zoning Commission for 16 years, eight years of which as its chairman. He was a cattle rancher and land developer by trade.

North Dakota has long been a solid Republican stronghold, last voting Democrat in 1964 for President Lyndon B Johnson, and before that for Franklin D Roosevelt in 1932 and 1936. The state’s three electoral college votes went to Trump in both 2016 and 2020. Republican Governor Doug Burgum handily won his re-election bid with more than 69 per cent of the vote on Tuesday, and House of Representatives lawmaker Kelly Armstrong won her race by a similar margin.