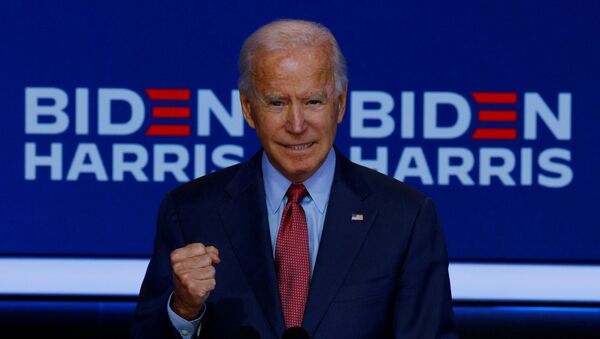 The Biden campaign is predicting that the Democrats will emerge victorious in the key battleground states of Michigan and Pennsylvania.

Biden campaign manager Jennifer O'Malley Dillon announced during a briefing earlier on Wednesday that the Democrat hopeful will deliver a speech "at some point" later in the day, but gave no more details.

The campaign has also announced that the Democrats are going to win in the key battleground states of Michigan and Pennsylvania.

According to AP, Biden has already won 248 electoral votes compared with Trump's 214. The candidate who gains 270 or more of the 538 Electoral College votes becomes President.