Four People Stabbed in Altercation Near White House in Washington 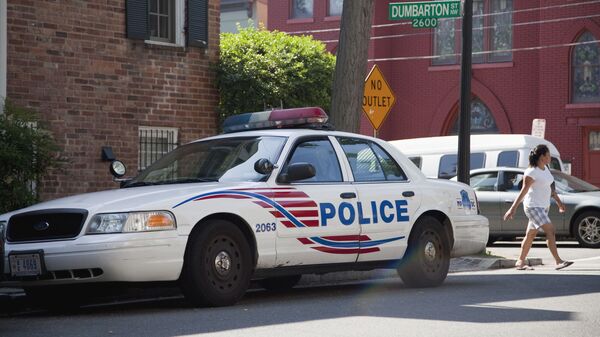 Ilya Tsukanov
All materialsWrite to the author
The attack comes as the results are still awaited from Tuesday's contentious presidential election, which saw non-scalable fencing erected around the White House for extra security as local authorities braced themselves for violence.

Three men and a woman received non-life-threatening injuries and were sent to hospital after an altercation near the intersection of 14th Street and New York Avenue Northwest, two blocks from the White House, early Wednesday morning, the DC Police Department has reported.

Police have asked residents to look out for three African American suspects - two male and one female, with the last believed to be armed with a knife.

Police sources told NBC News that the attack took place at about 3:20am local time. According to unconfirmed reports, the female victim is Bevelyn Beatty, a black conservative activist and Trump supporter.

NEW: DC Police tell me four people associated with the proud boys group were stabbed and slashed during an altercation about an hour ago in the 700 block of 14th Street Northwest. All are being treated for non-life threatening injuries. @nbcwashington

The victims reportedly told police that their attackers were associated with Black Lives Matter, a liberal-left group which recently gained national and global media attention and notoriety after organising protests, some of them violent, in the wake of the police killing of an unarmed black Minneapolis man in May 2020.

Beatty later posted a video of herself from hospital on social media, saying she had been attacked and stabbed by "young kids who were looking for trouble", and confirming that she had been stabbed in the back three times.

Unauthenticated footage of the altercation has been posted to social media.

Warning: Video contains graphic content and may not suitable for all audiences.

The stabbing incident comes in the wake of protests in Washington DC Tuesday night amid the counting of ballots from Tuesday's presidential and congressional elections. Three people were arrested during the demonstrations, which authorities said remained 'largely peaceful', with estimates that several thousand protesters had gathered outside the White House and other areas of the capital.