Food, Liquor and Canada: Top Google Searches in US Unveiled as Election Results Trickle In 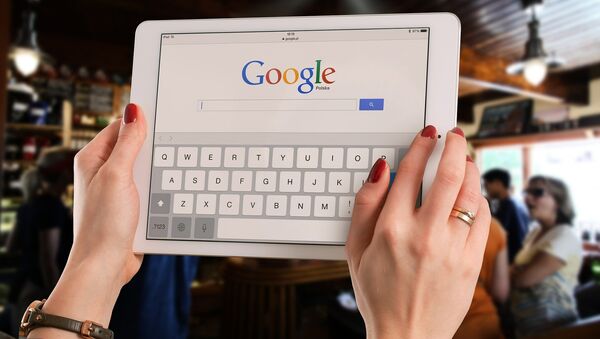 CC0 / /
Subscribe
Andrei Dergalin
All materialsWrite to the author
The most globally-searched term in the past 24 hours turned out to be “election”, and it apparently did not come as a surprise to the online crowd.

While the votes cast in the 2020 US presidential election are being tallied, Google Trends has made a number of intriguing reveals about what kind of things people search for online in the meantime.

According to the official Google data presented on Twitter, "fries near me" and "liqour store near me" witnessed "all-time highs in search", with the top "near me" queries in the US on the election day being food-related, such as "pizza near me" or "Chinese food near me".

Most of the searches for liquor stores appeared to be originating from Delaware, Maryland and Tennessee, with states like Hawaii, Virginia and Maine displaying a lot less interest in that topic.

"Fries near me" and "liqour store near me" are at all-time highs in searchhttps://t.co/Gx6j7GtCJuhttps://t.co/Lf24eYg6uy pic.twitter.com/mma88WWmCR

​The most searched issues in the United States over the past week turned out to be "unemployment", "healthcare", "wages", "Supreme Court", "abortion", "race", "economy", "immigration", "social security" and "homelessnes".

And these are the most searched issues, past week, US
1. Unemployment
2. Healthcare
3. Wages
4. Supreme Court
5. Abortion
6. Race
7. Economy
8. Immigration
9. Social security
10. Homelessness

​And it also appears that searches for "how to move to Canada" witnessed a spike in the US around 4 November.

As CTV News previously pointed out in September, "many Americans" actually "threw up their hands and threatened to flee north of the border" back in 2016, with new figures provided by Canadian government suggesting that "Canada saw an uptick in Americans trying to move to Canada following Trump's win".

The most globally searched term in the past 24 hours, perhaps predictably, turned out to be "election", with "live election results" being the top trending search.

​Even as the votes are still being counted on 4 November, neither of the candidates has yet been projected by to win enough electoral college votes to win the White House.

In the meantime, US President Donald Trump has already stepped forward to declare himself the winner of the election, though it doesn't appear that his Democratic rival Joe Biden is eager to concede defeat.