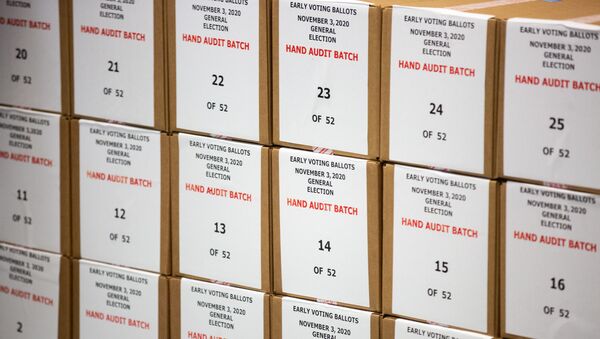 Eagle-eyed election observers including Patrick LaForge of the New York Times have picked up an error in the data feed by Edison Research – the polling and social media research company enjoying the status of being the sole provider of US election exit polling data, which has erroneously reported that “98 per cent” of the state’s votes had been counted when the real figure was 86 per cent.

An error was found in the data feed from Edison Research (used by @nytimes and other news organizations) for Arizona results -- 86 percent of ballots have been counted, not 98 percent. NYT has not called the state for Biden, though he still leads. https://t.co/mPDkiKsExQ

The error reportedly led multiple news outlets which depend on Edison’s data including AP and Fox News to call the state for Biden. President Donald Trump won Arizona handily in 2016, taking 48.08 per cent to Hillary Clinton’s 44.58 per cent.

This time around, Biden is said to be ahead of Trump by roughly 93,500 votes, or 2.5 percentage points, at the time of this writing.

Edison Research has yet to comment on what may have caused the error.

News of the apparent glitch quickly sparked anger on social media, with some Twitter users calling it just one more sign that reporting on the election has been “messy” at best since results began pouring in Tuesday night.

This election is a God damn mess! And it’s been a mess since last night when he clearly won FL and TX and they wouldn’t report it, then every other thing that followed. 130K votes in MI counted after last night- 100% for Biden? Give us a fucking break!!https://t.co/PUGT8RVMAS

“Oh. An *error*. Funny all of those errors only go one way. Huh,” one agitated user wrote. “Just another day in the media,” another added.

Oh. An *error*. Funny all of those errors only go one way. Huh.

Just another day in the media

It’s a national disgrace. What a joke. Seems like it’s playing out *exactly* how we were told it would by the media.

Some users defended Edison, however, suggesting that counting votes and communicating results was “hard,” especially given time constraints and pressure.

Election pundits have called Trump’s apparent second place finish to Biden in Arizona a “major upset” for the President’s campaign strategy, making it less crucial for the Democratic candidate to secure victories in major battlegrounds in the north-east.

Nationally, Biden maintains a 25 seat electoral vote lead over Trump, having secured 238 votes to Trump’s 213. The former vice president is also reported to be leading in Nevada, Wisconsin and Michigan, with Trump leading in Pennsylvania, North Carolina, and Georgia.