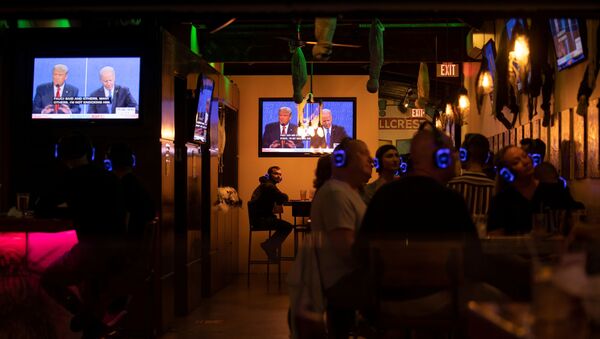 Svetlana Ekimenko
All materialsWrite to the author
As President Donald Trump and his Democratic rival Joe Biden delivered closing pitches to voters, the latest tallies show that over 98 million Americans have already cast their votes in the 2020 presidential election, with mail-in and early in-person voting prompted by the coronavirus pandemic, with a record-breaking turnout at the polls expected.

The 2020 US presidential election, where Americans will choose between Republican President Donald Trump and his Democrat rival Joe Biden, has already broken records in terms of the number of people who have opted to vote ahead of Election Day – 3 November.

Over 98 million people have chosen mail-in and early in-person voting amid the ongoing coronavirus pandemic to cast their ballot, with America heading for its highest turnout in a century.

At least 94 million people have voted in the 2020 general election 🥳https://t.co/s8K2xFDeSA pic.twitter.com/DAyoI1bmtB

​Experts suggest that election night may be fraught with irregularities stemming from a number of factors, including delays in results coming in due to ballot counting being affected by the COVID-19 pandemic.

While a decisive triumph in key states may propel a candidate to victory by the end of the night, it is equally possible that the winner of the election might not be evident by midnight on Tuesday, according to a plethora of US elections officials and media organisations.

This scenario has played out before, with the vote count lasting past midnight in the 2000, 2004 and 2016 US presidential elections.

Nevertheless, an approximate timeline suggests what to watch for as the night unfolds.

As the first polls close in most of Indiana and Kentucky,  according to FiveThirtyEight, a polling aggregation website, Indiana won’t have as many absentee votes to count as other states, with most counties claiming  they will have no problem reporting full results on election night. 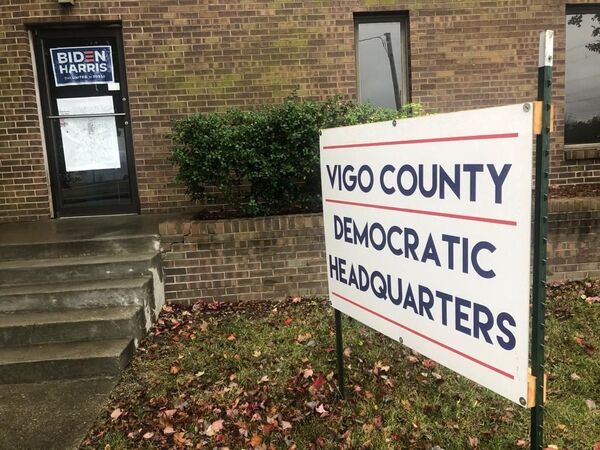 Indiana’s Vigo county on the Illinois border is remarkable for having voted with the winner of the presidential election on every occasion since 1956.

However, the open question remains whether he will return as a majority leader, or if the Democrats might claim control of the Senate as the night progresses.

At 7pm most polls close in the crucial swing state of Florida. 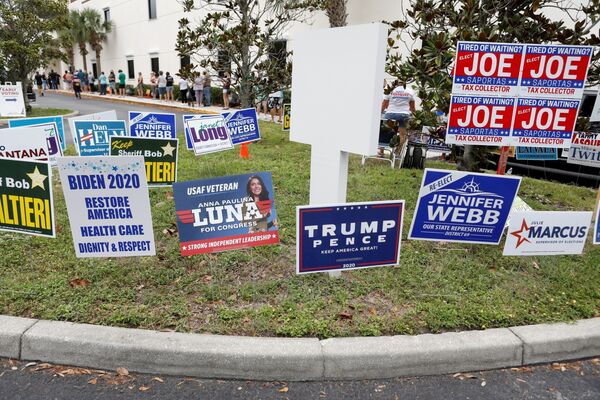 Campaign signs are posted near the Supervisor of Elections Office polling station while people line up for early voting in Pinellas County ahead of the election in Largo, Florida. US October 21, 2020
© REUTERS / Octavio Jones/File Photo

As results start coming in, all eyes will be watching whether Donald Trump can match his stunning 2016 triumph in the state.

Florida, typically accustomed to dealing with an inundation of mail-in ballots, also has laws encouraging early counting – such as granting counties the right to process absentee ballots weeks in advance and not accepting most ballots coming in after Election Day.

Georgia, claim expert forecasts, should be relatively quick to bring in results, as counties were allowed to start processing absentee ballots on 19 October.

Results from what is believed to be one of the “safe” Republican states could be indicative, as polling had showed a tight race between Trump and Biden.

South Carolina will be giving an indication as to how Republican senator and Donald Trump ally Lindsey Graham is faring.

North Carolina, which similarly tends to count its early ballots quickly and report them first, will be offering up a batch of election returns.

Election officials estimate that up to 80 per cent of the total vote could be announced right after polls close at 7:30pm, including in-person early votes and all mail ballots received by 2 November.

The results from the actual Election Day will proceed to  take longer, arriving over the course of the next several hours.

As many Democrats voted early in North Carolina, suggesting an early lead for Joe Biden in the state, their hopes might just as easily get deflated.

Democrats are hoping for a flipped Senate seat in the state, with Democrat Cal Cunningham taking on Republican incumbent Thom Tillis.

In Ohio, which has weeks to process early ballots and is anticipated to report them promptly, the local polls suggest the state is very close. Donald Trump won there by 8 percentage points in 2016.

Once the early vote is tallied, Trump might be in trouble, claim pundits, if it’s close.

The race to the White House will start to take on more decisive contours as new results pour in after Michigan and Texas close some polling sites, with the rest closing at 9pm.

The bulk of the results will be known on election night in Texas. Pundits claim it will be history in the making if Biden looks close in Texas.

Polls had been showing a neck-and-neck race in the state.

Another thing to watch for is the Senate race in Michigan, where the Democratic incumbent, Gary Peters, is suggested as possibly in trouble against Republican John James.

As the fight for control of the US Senate heats up, with Democrats surging towards their dream of a majority there, observers will be following how Democrat Doug Jones seeks to hold on to his seat in Alabama, while Republican incumbent Susan Collins struggles in Maine.

In Pennsylvania, where polls close at 8pm, the election result will not be known possibly for days, as Philadelphia, the state’s biggest city, could take days to count its mail-in ballots, according to local officials.

Developments of the night take viewers back to Florida, North Carolina, Georgia, Ohio for more results, as Arizona, accustomed to early voting, also feeds into the outcomes.

In the past, claim observers, early results from Arizona suggested a more Republican outcome than the final tally. Democratic Senate candidate Mark Kelly is hoping to break ground here.

In Colorado an early result is anticipated by now. The Democrats are depending on a Senate pickup here too.

Observers will be intrigued if in New Mexico Trump can manage to keep it closer than the eight points by which he trailed Hillary Clinton in 2016.

In Omaha, Nebraska, Joe Biden will seek to pick up an electoral college vote in a “red” state, as polls show it leans toward the Democrat.

At this point states such as Utah, Nevada and Iowa are in play.

In Utah, Donald Trump’s margin will be of interest to observers, as FiveThiryEight.com’s polling average gave Trump a 10.5 per cent lead over Biden in the state.

In Nevada, Biden was suggested as having a steady lead over President Trump according to polls. 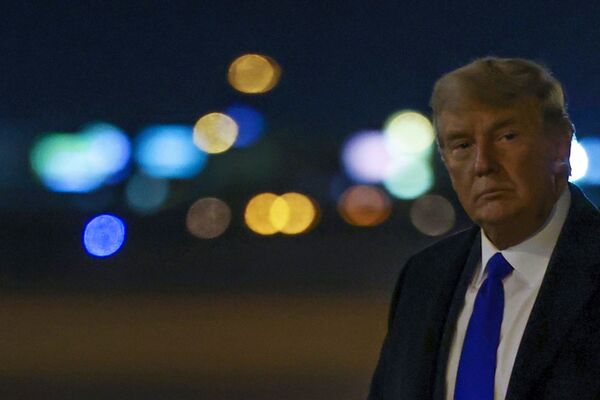 Trump is hoping to flip the state, according to a New York Times/Siena College poll released several days ahead of the elections. Nevada, which offers six electoral votes, was won by Hillary Clinton in 2016 by a little more than 2 percentage points, with Biden needing to hold onto it.

As for Iowa, in the race for the Senate an upset of Republican incumbent Joni Ernst would potentially be a strong boost for the Democratic designs on controlling the Senate.

The closure of polls in California, Oregon and Washington (and Hawaii) are believed to produce a definitive call of the race, according to election experts. 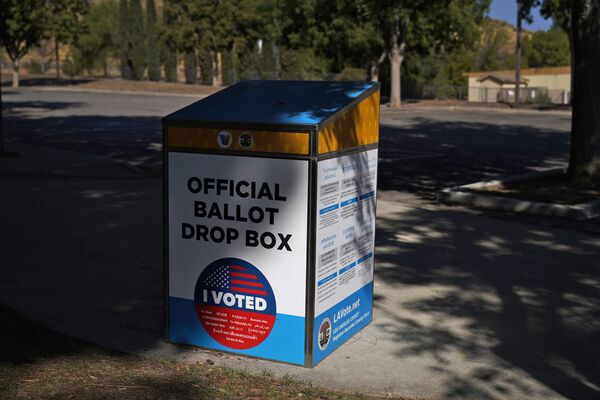 By this time, some “secrets” with the potential to shape the forthcoming developments in the country might have become unmasked.

By Tuesday night, results from Georgia, Ohio and North Carolina, critical swing states, along with Florida, may show if Joe Biden is in a good position or not, writes NBC News.

Should Donald Trump win all of them, the “big three” of Michigan, Pennsylvania and Wisconsin, states that may take a longer time to count and offer a tally - will be crucial.