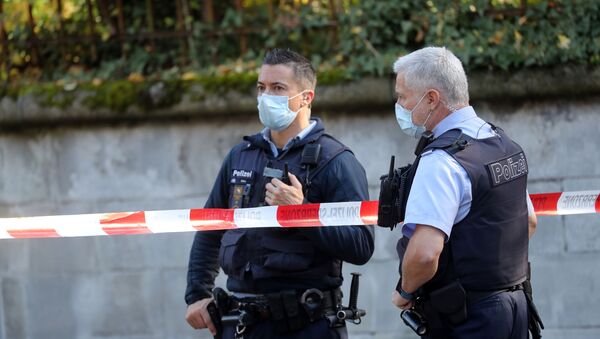 GENEVA (Sputnik) - A terrorist threat in Switzerland remains high, but there is no information regarding an actual attack, Isabelle Graber, a spokeswoman for the country's Federal Intelligence Service (FIS), told Sputnik.

According to Graber, isolated acts of violence may nonetheless be committed in the country by radical or mentally unbalanced individuals. A reaction by aggressive right-wing extremists toward members or symbols of Muslim or Jewish communities present in Switzerland is also possible.

A series of gun attacks left four dead and 22 injured in the Austrian capital of Vienna late on Monday. An assailant, who was shot dead by police, was reportedly a supporter of the Daesh* terror group. The Austrian Interior Ministry confirmed that another participant in the gun rampage in the capital was arrested and identified as 20-year-old Albanian Kujtim Fejzulai, whose family had moved from the North Macedonian city of Tetovo to Vienna.

Earlier on Tuesday, police of the city of Winterthur said that two Swiss citizens, 18 and 24 years old, were arrested in the Swiss canton of Zurich in connection with the terrorist attack in Vienna.

In mid-October, France was shaken by a number of attacks across the country including the beheading of a French teacher by a radicalized Muslim teenager. Another terrorist attack was carried out on a church in the southern city of Nice, leaving three dead.

*Daesh is a terrorist organisation banned in Russia and many countries around the world.