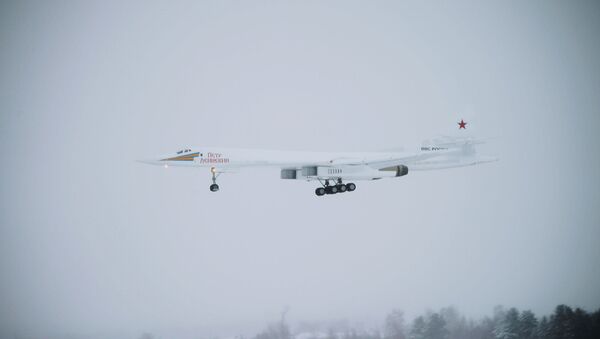 This is the largest and most powerful supersonic aircraft with variable wing geometry in the history of military aviation. Russian airmen call it "White Swan." Along with the Tu-95MS and Tu-22M3, the Tu-160 bomber makes up the aviation component of Russia’s strategic nuclear forces.

"The first flight of the Tu-160M with new serial NK-32-02 engines … took place at the airfield of the Kazan Aircraft Production Association named after Gorbunov ... The flight was performed at an altitude of 6,000 meters and lasted 2 hours and 20 minutes," the company said.

During the flight, the performance of upgraded general aircraft systems, avionics and the new engine was evaluated. All systems operated without issue.