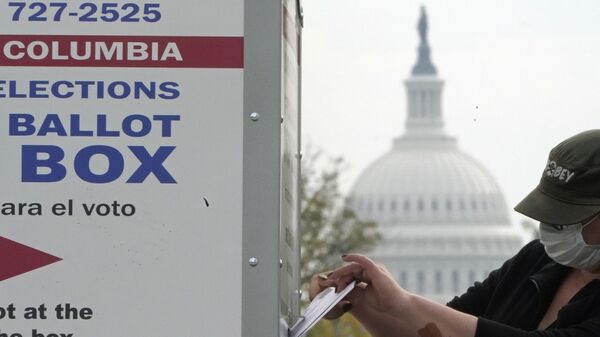 The third of November is the day of the general election in the United States to decide whether President Trump will secure his second term or concede his seat to former Vice-President Joe Biden.

Sputnik comes live from Washington DC where the polling stations are set to close later today as the US holds a presidential election that will decide whether Donald Trump or Joe Biden will lead the nation in the next four years.

Various polls predict Joe Biden to win this time, but the vote is largely decided by the Electoral College rather than popular vote, which means that a victory will be decided by which of the two candidates gets more votes from the electors, a number which varies from state to state.