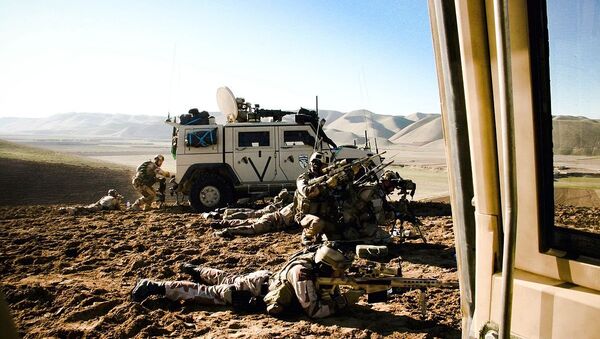 Anniken Huitfeldt, the chair of the parliament's foreign affairs and defence committee, underscored that Norway hasn't had so few soldiers out in international service in almost 40 years.

In 1978, Norway's participation in international missions spiked to 1,862 soldiers, as Oslo started sending troops to the UNIFIL force in Lebanon. Between 1979 and 2012, number of Norwegian soldiers abroad fluctuated from 2,190 to 3,650. Since 2012, however, there has been a clear decline. In 2020, only 1,095 soldiers participated in overseas missions in Afghanistan, Iraq, Lithuania, Mali, and the Ivory Coast.

"The figures indicate that Norway is taking on less and less international responsibility. This contributes to weakening our collective security", Huitfeldt told national broadcaster NRK. To rectify this, her party wants to consign more troops, among others to UN missions. "It is of course important that we prioritise our local areas and Norwegian territory. We must always first look at what we need here at home, but we still have to step up our efforts abroad", Huitfeldt underscored.

According to Huitfeldt, it is a misconception that Norway's preparedness is somehow compromised by sending more soldiers on foreign missions.

"The reality is the opposite. It is for the best for our own safety. We must prevent and fight terrorism where it originates", Huitfeldt emphasised.

Huitfeldt has particular faith in assignments where Norwegian soldiers work closely with other countries' security forces, highlighting the work done in Iraq and Afghanistan. There, Norwegian soldiers from the army and the special forces have trained their Afghan and Iraqi counterparts to handle counter-terrorism missions on their own.

According to Huitfeldt, Norway has the capacity to contribute more to all types of assignments, not only combat forces, but in sanitation, logistics, intelligence, and transportation.

Norway's military force in peacetime numbers some 23,000 personnel, and over 63,000 in full mobilisation, counting military personnel, conscripts, and the Home Guard.

The Labour Party is Norway's largest and dominated the country's political landscape for decades. The party has always been a strong proponent of NATO and the EU and has produced such luminaries as former Secretary General of the Council of Europe Thorbjørn Jagland and current NATO Secretary General Jens Stoltenberg, who both served as Norwegian prime ministers.

While Labour remains the country's largest party, its 2017 showing at 27.4 percent was the worst in decades, sending it to the opposition.