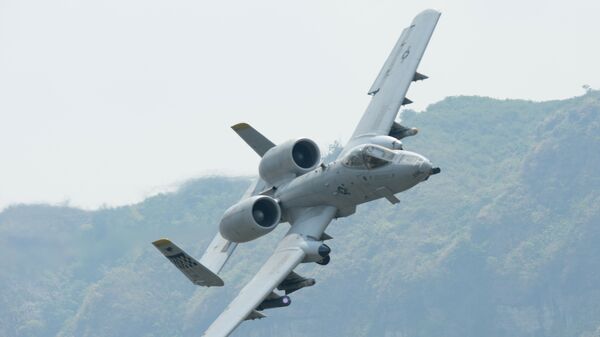 The service told Task & Purpose on Tuesday that the cross-shaped jet based at Osan Air Base in South Korea had “inadvertently” released the projectile while training over a “remote off-range area” on October 13.

However, between the USAF and South Korea’s Ministry of National Defense, nobody could find the projectile even after three days of searching. By October 16, the search was called off, and the authorities decided that "based on the terrain at the projected location of impact, there was not a significant threat to anyone," Lt. Daniel R. de La Fé, a spokesperson for the aircraft’s squadron, told the outlet.

De La Fé noted a safety investigation was ongoing, but a “safety stand-down” event, at which best safety practices would be reviewed by the squadron, was not held.

It’s unclear to which kind of weapon the Air Force’s vague description refers, but an example of one non-explosive projectile the Warthog carries is the 30-millimeter armor-piercing round used by the jet’s massive GAU-8/A Avenger gatling-style autocannon. The rounds are made of depleted uranium, giving them incredible density that enables them to piece tank armor when launched at high-enough speeds.