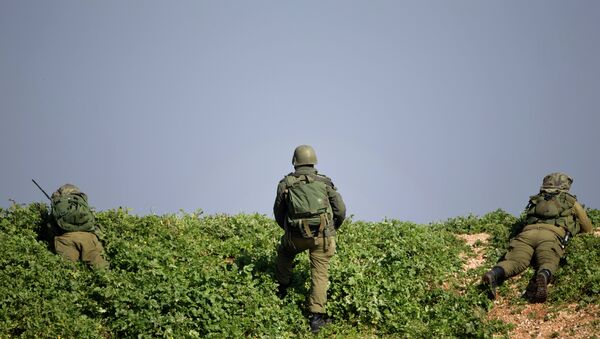 Oleg Burunov
All materialsWrite to the author
Tensions between Israel and Lebanon escalated in late August when the Jewish state's military launched airstrikes against Hezbollah observation posts, in response to the Lebanon-based Shia militant group firing two shots from across the border aimed at Israeli troops.

Newsweek has cited representatives of the Israel Defence Forces (IDF) and the Lebanon-based militant group Hezbollah as saying that they are completely ready for a potential full-fledged military conflict.

Brigadier General Ido Mizrachi, chief engineering officer of the IDF, told the US magazine that while the Israeli military sees Hezbollah "as the main enemy for now", the IDF is doing its best to prevent this conflict from becoming "a genuine war".

"But we have to be ready to operate against Hezbollah, and especially if we need to do that geographically, physically within the area of South Lebanon. This will be a very complicated situation for us, but that's what we need to be ready for", Mizrachi pointed out.

He predicted that the conflict between Israel and Hezlollah would show no signs of ceasing in the future, claiming that "this challenge" would become "deeper, stronger, and more complicated".

"Some things change. They know that we developed a high level of technology to locate and destroy their assets. I'm not sure they're going to put up a white flag and peace agreement. I mean, I hope so, but it's not going to happen, I think, in my generation", the general added.

A Hezbollah spokesperson, in turn, told Newsweek that the militant group is "always fully prepared regardless of the [Israeli] drills", in an apparent nod to the IDF's recent large-scale military exercises codenamed Lethal Arrow, which simulated a war with Hezbollah.

The remarks come amid an escalation of tensions between the two sides, with Hezbollah chief Hassan Nasrallah warning in late August that Israel will lose a soldier for every militant group fighter killed by their forces. Nasrallah, however, noted that his organisation won't engage in clashes at the border, because "this is what Israel wants". 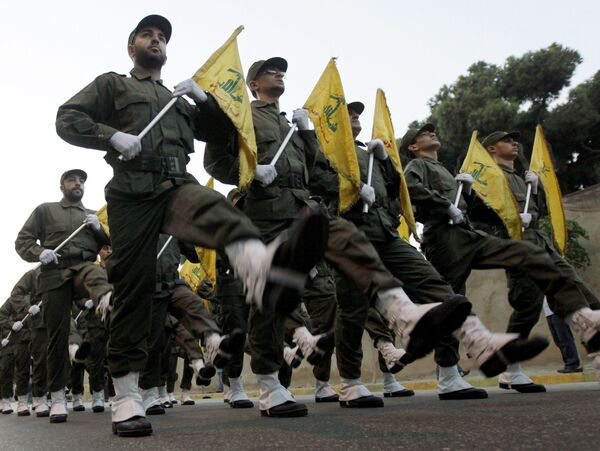 FILE - In this Nov. 12, 2010 file photo, Hezbollah fighters parade during the inauguration of a new cemetery for their fighters who died in fighting against Israel, in a southern suburb of Beirut, Lebanon
© AP Photo / Hussein Malla

This followed the IDF reporting that Hezbollah militants had fired two shots from across the border aimed at Israeli troops, in what prompted the IDF to stage airstrikes against Hezbollah observation posts, reportedly for the first time since a 2006 war between the two.

Earlier in August, Nasrallah cautioned that Israel would pay the price if it turns out the Jewish state was behind the deadly 4 August Beirut blast, reportedly caused by the improper storage of more than 2,700 tonnes of ammonium nitrate.

Israel's Channel 13 claimed at the time that Hezbollah sought to use the ammonium nitrate stored at the warehouse against the Jewish state, a claim that Nasrallah vehemently denied as Tel Aviv rejected allegations about its own involvement in the explosion.

Israel Accuses Hezbollah of Setting Up Lebanon Military Outpost Posing as NGO
Israeli President Reuven Rivlin, for his part, offered his condolences to the Lebanese people, while Israeli hospitals signaled their willingness to receive some patients from Beirut injured in the blast that killed at least 190 people. The Lebanese government refused to accept Tel Aviv's humanitarian aid.

During the 34-day war in 2006, the two sides were involved in hostilities in Lebanon, northern Israel, and the Golan Heights before the United Nations brokered a ceasefire, with the conflict ending in a stalemate and both sides claiming victory.

Since then, the IDF has repeatedly conducted airstrikes against Hezbollah targets inside Lebanon, with the Shia militant group responding by launching rockets on northern Israel and targeting Israeli border forces in hit-and-run attacks.