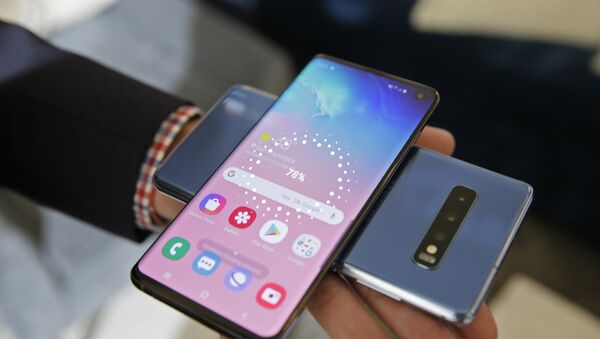 Radhika Parashar
All materialsWrite to the author
In light of months of border tensions with China, public sentiment among Indians towards Beijing has turned sour, with many Indians calling for the boycott of Chinese goods in the country.

Over the last two years, Chinese smartphone player Xiaomi has been reigning over the Indian market due to a wide variety of products and affordable pricing, but amid brewing border tensions, this year the brand lost its top spot to South Korea's Samsung.

After TikTok’s Ongoing Efforts, India-Banned Mobile Game PUBG Cuts Ties With China's Tencent
In its recent report, tech research firm Counterpoint revealed that this year, the South Korean phone-maker Samsung has emerged as the number one smartphone brand in India, leaving Xiaomi and other Chinese brands behind.

Counterpoint’s estimates suggested that Samsung captured 24 percent of the Indian market share in the third quarter of 2020, i.e between July and September. The former reigning Xiaomi, however, only clocked 23 percent of the market share, securing the second spot.

Woah! @SamsungIndia is back to No. 1 position in Indian Smartphone market according to @CounterPointTR
Samsung increased their market share by 4%, whereas @XiaomiIndia lost 3% share compared to Q3 last year
Interestingly, @realmemobiles too lost 1%
Big win for Samsung!! pic.twitter.com/XmKFHhJqQu

With over 600 million users, India is the world’s second largest smartphone market, and is dominated by the Google-owned Android operating system. In recent years, Chinese smartphone brands like Xiaomi, OnePlus, Oppo and Vivo, among others, have taken the helm in the Android phone segment in India’s diverse market. ​

The news has created ripples on social media, launching tech-loving Indians into the thrill of the market war:

South Korean Samsung back at No. 1 in India , beats Xiaomi for top spot in 🇮🇳 smartphone market

Amongst other , 'Made in India' Strategy and Anti-Chinese sentiments a Major Reason

This is official......did samsung announce? That its no 1 now? pic.twitter.com/5OcWplbLTm

Here in India Apple and Samsung are becoming more aggressive day by day samsung was the only brand here with 4 percent growth in sales in q3 and rest brand like xiaomi, rralme , oppo had a fall of 2 to 3 percent

Chinese tech firms have recently faced flak in India after 20 Indian soldiers were killed in a violent clash with Chinese troops in Galwan valley in Ladakh in June this year. Later, citing national security reasons, India banned 233 Chinese apps – a move that was applauded by Indian citizens, who called for boycotting goods made in China. Indian analysts have previously said that Chinese apps and brands will have a tough time re-claiming their popularity in the Indian market.