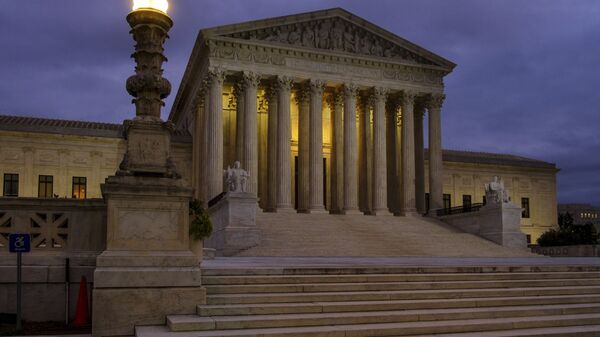 Asya Geydarova
Editor
All materialsWrite to the author
WASHINGTON (Sputnik) - The US Supreme Court has rejected a Republican effort to block the deadline extension for absentee mail ballots in the battleground state of North Carolina, a court document revealed.

The Supreme Court upheld the decision by North Carolina's State Board of Elections to extend the absentee ballot receipt deadline by six days, up to 12 November, the court document said.

"The application for injunctive relief presented to THE CHIEF JUSTICE and by him referred to the Court is denied", the court document said on Wednesday.

The court voted 5-3 to block the Republican bid, with conservative justices John Roberts and Brett Kavanaugh siding with the three liberal justices, the court document showed.

Associate Justice Amy Coney Barrett, who was confirmed and sworn-in on Monday, did not have any input in the case.

The Republican Party and US President Donald Trump have said the practice of mailing in ballots and extending deadlines may result in vote harvesting and electoral fraud.

As of Wednesday afternoon, more than 75 million US citizens have cast ballots early and more than 49 million ballots have been submitted via mail, according to the latest data from the US Elections Project.