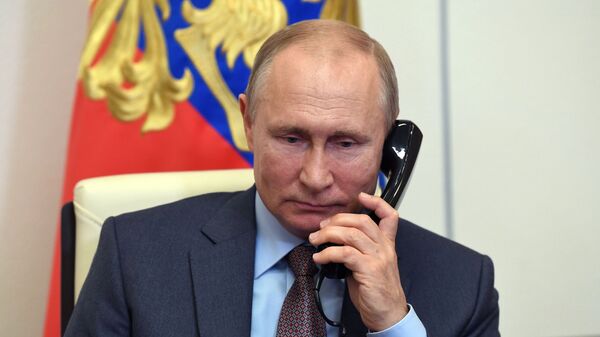 Earlier on Thursday, three people were killed and several more injured in a stabbing attack in Nice.

Russian President Vladimir Putin sent a telegram to French President Emmanuel Macron expressing his condolences over the deadly attack on citizens in Nice, the Kremlin said.

Putin called the attack in Nice a "cynical and cruel crime committed inside a church".

On Thursday, a knifeman killed three people and injured several more at and in the vicinity of the Notre Dame Basilica in central Nice. He was arrested by police. In another incident, a knife-wielding man shouting 'Allahu Akbar' attempted to attack police officers in Avignon and was shot dead by police.