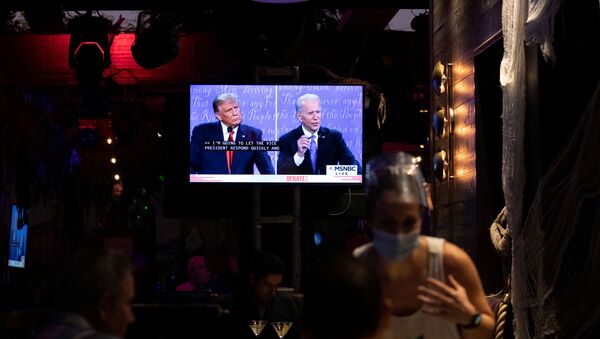 © REUTERS / MARIO ANZUONI
Subscribe
Svetlana Ekimenko
All materialsWrite to the author
Earlier in October, the two rivals in the US presidential elections courted voters at parallel events, as President Donald Trump participated in NBC News’ town hall event in Miami, Florida, while his Democratic opponent Joe Biden partook in an ABC News town hall gathering in Philadelphia, Pennsylvania which aired at the same time as Trump’s event. 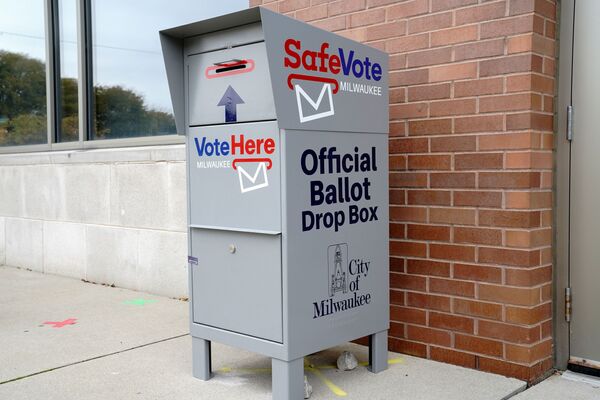 A SafeVote official ballot drop box for mail-in ballots is seen outside a polling site at the Milwaukee Public Library’s Washington Park location in Milwaukee, on the first day of in-person voting in Wisconsin, U.S., October 20, 2020.
© REUTERS / BING GUAN