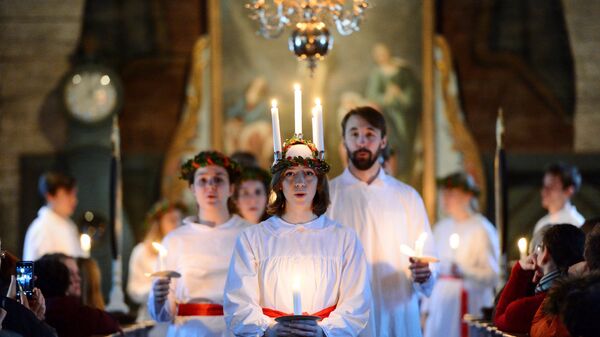 The Church of Sweden has now begun to composing a new book of psalms, as the current one from 1986 is considered obsolete.

Demands for more “inclusive” hymns have been made, alongside hymns dealing with pandemic anxiety, national broadcaster SVT reported.

The current book contains some 800 hymns, and the new one is expected to be about the same size.

“There are great expectations for the hymns. However, the more traditional ones should also remain. At the same time, there is enormous pressure when it comes to new hymns. It is quite common to ask for more wedding hymns and more burial hymns. Then there are the challenges of the times: how to deal with anxiety in the face of a pandemic? There we know that there is a demand,” Henrik Tobin, the church musician who leads the feasibility study for the new hymn book, told SVT.

At the same time, the Christian LGBT association Ekho demanded more “inclusive” language and “gender-neutral hymns”. The idea is for everyone to feel involved in the service, the association explained.

“For us, it is very important to have an inclusive language when describing God. Trying to use 'God' and 'You' instead of 'Father' and 'He',” priest and Ekho chairwoman Johanna Wikberg told SVT. “You can describe God as 'Father' and 'he' from time to time, but not always, as it limits the image of who God is,” she explained.

Church of Sweden Decides to Apologise to Sami People for Abuse, Forced Baptism
Wikberg admitted that changing the language of old hymns may be impossible due to copyright issues. Nor is this the goal, she emphasised. “The goal is not to delete all 'he's' and 'Lords', but to show that there is an alternative,” she stressed.

On Christmas 2017, the Church of Sweden sparked outrage by addressing Jesus with a novelty gender-neutral pronoun advocated by proponents of gender equality. “Jesus was a true God, which goes beyond 'he' and 'she'”, Susann Senter, dean in the Church of Västerås, said back then, stressing that the Church didn't want to “immediately gender-code the godly child”.

The Church of Sweden, Europe's largest Lutheran denomination with over 5 million worshippers and formerly a state church, is generally liberal on social issues and is permissive of gay marriage, to the point of even having homosexual priests, such as Stockholm Bishop Eva Brunne, the first lesbian bishop in a mainstream church.