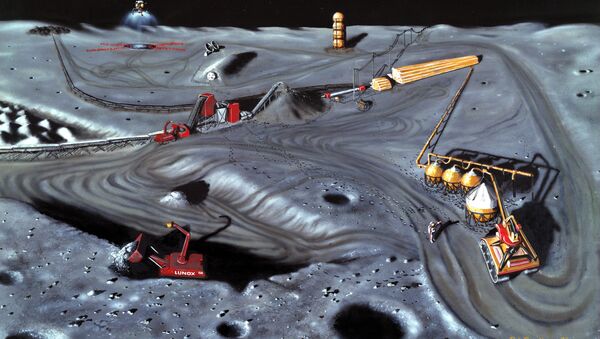 WASHINGTON (Sputnik) - The US Space Force may be called on to provide security as governments and private companies develop a trillion-dollar economy in Earth’s orbit and the Moon, the unit’s commanding General John Raymond said in a Defense Department webcast on Tuesday.

"I don’t think it's tomorrow. But I would [not] rule it out," Raymond said. "Maybe not today or tomorrow or 10 years from now, but I do believe that if you look towards a space economy that’s going to be over a trillion dollars between here and the moon, I really believe there’s going to be a role for enhanced security in that domain and the role of the space force is to provide that stability across the domain."

Trump Says US Will Get to Mars First, Will Also Land First Woman on Moon
The US is attempting to commercialize low Earth orbit with plans to privatize the International Space Station. NASA officials have also indicated that US-led plans to colonize the Moon could lead to private companies mining the lunar landscape for rare minerals.

The creation of the US Space Force was prompted by Chinese and Russian development of weapons that could be used against satellites, according to US officials.

In addition to China and Russia, the US and India have also demonstrated anti-satellite capabilities in recent decades.