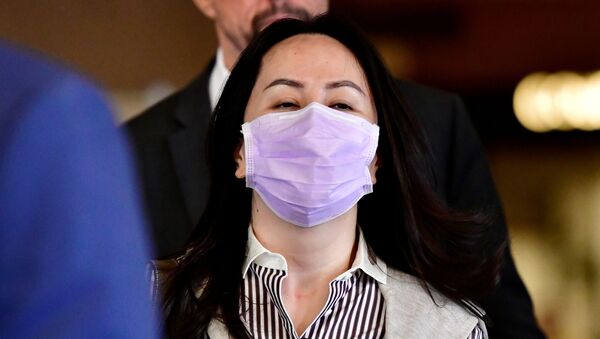 © REUTERS / Jennifer Gauthier
Subscribe
International
India
Africa
Svetlana Ekimenko
All materialsWrite to the author
Meng Wanzhou earlier lost her appeal to unseal confidential documents related to her extradition case as the Huawei Chief Financial Officer claims to have been illegally arrested in December 2018 and sought to disclose the documents which purportedly contain evidence of unlawful actions by the Canadian authorities.

An officer of the Royal Canadian mounted police (RCMP) who arrested Meng Wanzhou during a stopover at Vancouver International Airport has testified in B.C. Supreme Court to reveal that Washington had requested that data on her phone and laptop be secured against being “erased remotely”, reports CBC News.

Const. Winston Yep testified on 26 October about the hours leading up to the arrest of the Huawei chief financial officer on 1 December 2018, claiming he knew immediately that her extradition case was "high-profile" when he was handed her file the day before her flight from Hong Kong, although he didn't know who exactly Meng was. 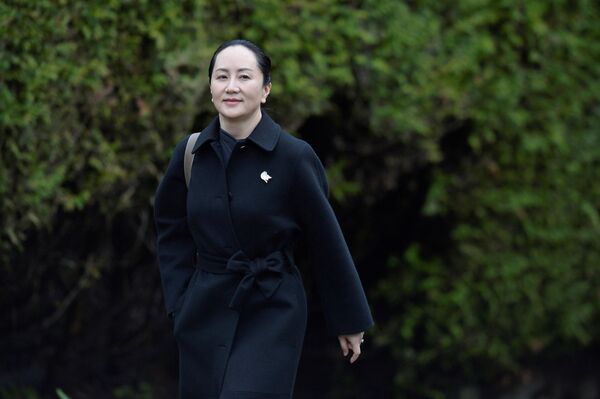 Yep told the British Columbia Supreme Court that it had been decided in advance that Meng would be arrested after disembarking.

He emphasised that US authorities had specifically requested their Canadian counterparts to seize the Huawei Chief financial officer’s electronic devices and place them in a “Faraday bag” to block any wireless transmissions to prevent “data from being erased remotely”.

The officer added that there had been no reason for concern as the request was “part of the process”.

According to Yep’s testimony, Canada Border Services Agency (CBSA) officers claimed that Meng had outstanding immigration issues linked to her ownership of two multi-million dollar homes on Vancouver's west side. This had reportedly determined a plan whereby the CBSA would detain her first.

“… it was always going to be me who was effecting the arrest. Because I had the warrant and this was an RCMP matter."

The RCMP officer stated that CBSA officers had agreed to seize Meng's electronic devices, but were never asked to search the contents, adding:

"I did not give CBSA any directions on what to ask Ms. Meng. We left it up to them to do their process and when they were done their process I was going to execute the warrant. We let them do their job."

Royal Canadian mounted police constable Winston Yep is the first of ten witnesses expected to take the stand over two weeks of testimony from the RCMP and Canada Border Services Agency officers involved in Meng's arrest for extradition to the US.

The testimony that sees witnesses questioned and cross-examined will be broken up into two weeks, with one held now and another at the end of November.

The two sides in the legal odyssey are gathering evidence for a hearing in February.

Meng Wanzhou's lawyers are gearing up to argue that her rights were violated in a serious breach of process during the arrest, which saw the woman manipulated as a “pawn” in the ongoing US – China trade war.

Wanzhou earlier lost her appeal to unseal confidential documents related to her extradition case after Canadian Associate Chief Justice Heather Holmes dismissed the possibility of doing so, claiming that it would violate confidentiality agreements with other parties, reported Bloomberg.

Meng was seeking to disclose the documents, insisting that they contain evidence of unlawful actions by the Canadian authorities.

Alykhan Velshi, vice president, corporate affairs, of Huawei Canada was cited by The Guardian as saying:

“There were very serious breaches of Meng Wanzhou’s constitutional rights under Canada’s Charter of Rights and Freedoms. She was detained for three hours without explanation, without access to a lawyer, and interrogated in a language that is not her first language. She was not told why she was being arrested… There was a deliberate and premeditated effort by Canadian officials to interrogate her without counsel present in order to obtain information for the US administration.”

The Chinese official’s defence claims that the FBI sought to use the Canadian Border Service Agency’s extraordinary powers to question Meng without a lawyer. The obtained information is then purported to have been handed over to the FBI, along with details extracted from her SIM card and computer.

According to cited court filings, Meng’s lawyers accuse the Canadian and US authorities of having “conspired together to delay Meng’s arrest… to obtain information that would help US authorities prosecute her on fraud charges.”

If these allegations are proven in court, they could lead to a stay of the extradition proceedings.

The Canadian justice department, through its defence team, has dismissed all allegations of a conspiracy with the US to violate Meng’s rights. 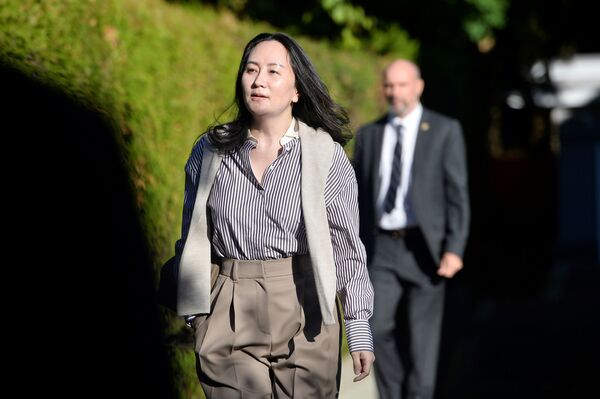 China’s tech giant has been in the crosshairs ever since Washington targeted it worldwide, citing security concerns, and claiming that its equipment could be used by Beijing to potentially spy on countries – an allegation that the Chinese government and the telecom company deny.

Meng was arrested in Canada in 2018 at the request of the United States, which accuses her of violating sanctions against Iran by defrauding the bank HSBC.

The arrest warrant issued on 22 August 2018 by the United States is based on allegations that Wanzhou had cleared money that was claimed to be for Huawei, but was ostensibly for Hong Kong-based telecoms equipment seller Skycom, an entity which was purported to be dealing with Iran, contradicting the sanctions.

Huawei’s Chief Financial Officer has been denying the accusations, with Beijing slamming Meng’s arrest as a political victimisation. 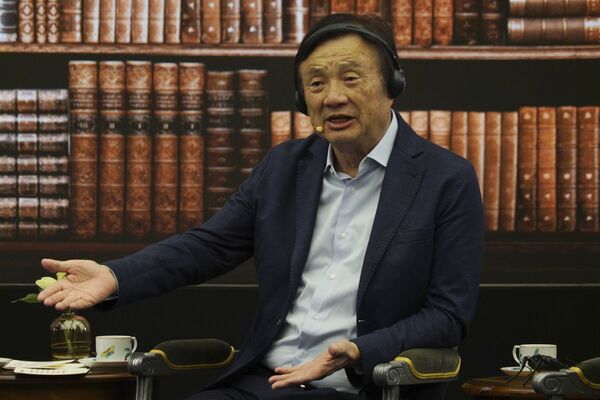 Meng’s lawyers have been basing their defence on a double criminality requirement, under which a suspect can be extradited to another country if an act he or she committed is illegal in Canada.

Canada lifted banking sanctions on Iran in 2016, with the defence team arguing that the Chinese official’s actions in this case do not constitute a crime and she must be released.