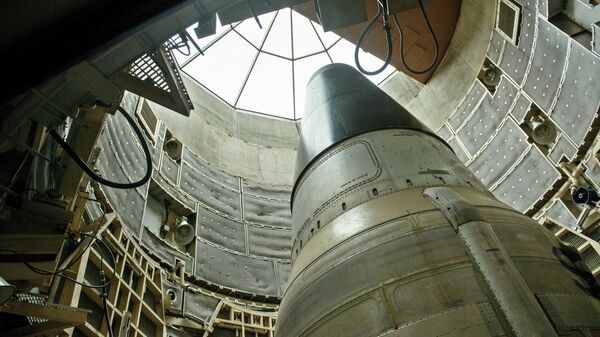 Irina Acheeva
correspondent
All materialsWrite to the author
Last week, Russian President Vladimir Putin suggested extending the last arms control agreement between the United States and Russia for another year without any conditions, stressing that a world without the New START would be worryingly vulnerable.

Ryabkov further elaborated that Moscow does not accept the US proposal for verification within the framework of the New START.

"We have the full impression that the Americans do not need any agreements, they only need verification. And verification, in the way proposed by them, is, basically, to establish external control over the most sensitive elements of ensuring the entire systems of our national security. This is unacceptable for us", the deputy minister said.

According to Ryabkov, Russia "cannot agree to such a proposal for higher reasons".

"We said and continue to say that any agreement in this area is possible only where both interests are balanced, as a certain compromise. We are ready for this but see no indication that the US side is prepared to compromise. Therefore we conclude that attaining basic agreement in the present segment is, to put it mildly, doubtful", the diplomat noted.

He added that Moscow is disappointed by the signs it sees from the US regarding an extension of the New START.

"We are having vigorous talks with the US on these issues. The signs we are getting from them disappoint us. The Americans do not seem to understand that we cannot implement proposals, when the US, rather than making requests, keeps piling on demand after demand", Ryabkov said.

The statement comes after Russian Ambassador to the United States Anatoly Antonov said that Russia is urging the US to stop trying to bargain for benefits in the last days of the New START. Antonov also pointed out that Washington has bluntly rejected to prolong the treaty as it was signed without any conditions.

World
Kremlin Would Prefer to Hear US Readiness to Extend New START, Presidential Spokesman Says
On 22 October, Russian President Vladimir Putin said "nothing bad will happen" if the New START gets extended for one year, as it would provide both sides with more time to find a compromise. US National Security Adviser Robert O’Brien has commented on Putin’s proposal calling it a "non-starter".

The United States had previously suggested prolonging the treaty for one year if Moscow and Washington froze the number of their nuclear warheads during that period.

The New START that is set to expire in February 2021, is the last arms control agreement between the United States and Russia.