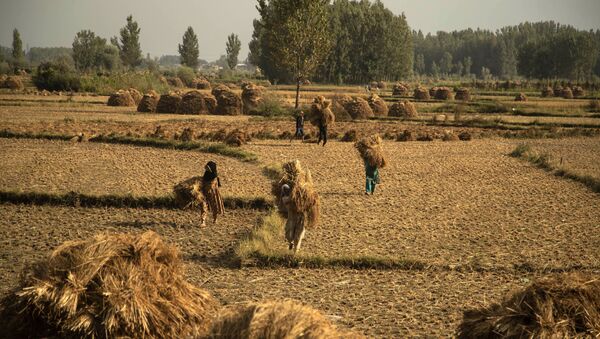 India's BJP-led central government has been introducing major changes to the administration of Jammu and Kashmir, prompting criticism from regional political parties, since the annulment of the region's special status in August 2019 that provided semi-autonomy to the erstwhile state.

Days after the political parties of Jammu and Kashmir signed the Gupkar declaration aimed to restore the semi-autonomous status of the Union Territory; the New Delhi government notified them of the implementation of new land laws.

The new order, called Union Territory of Jammu and Kashmir Reorganisation (Adaptation of Central Laws) Third Order, 2020 will allow people from outside Jammu and Kashmir, and Ladakh to buy land there. Until now, the permanent residents of the region held the sole right to acquire the land.

However, agricultural land won't be available for sale.

"We want, like other parts of India, that there is development in the industrial sector. Agriculture land will be protected," Lieutenant General of Jammu and Kashmir Manoj Sinha said regarding the new land laws in the region.

Protesting the move, former Chief of Jammu and Kashmir Omar Abdullah called the laws "unacceptable amendments" and said the poor land powers will suffer from the changes.

Unacceptable amendments to the land ownership laws of J&K. Even the tokenism of domicile has been done away with when purchasing non-agricultural land & transfer of agricultural land has been made easier. J&K is now up for sale & the poorer small land holding owners will suffer.

The order comes into force with immediate effect, said the government release.