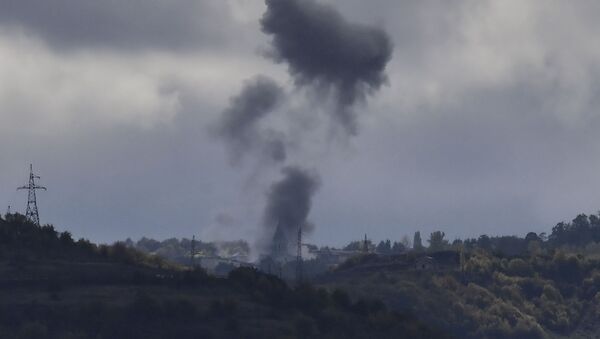 According to Mousavi, Iran may deploy even more forces to the border region if necessary.

The move comes amid the spillover of shelling in the Nagorno-Karabakh conflict zone into Iranian territory. Tehran confirmed that several drones have crashed on its territory amid the continuous fighting and warned Armenia and Azerbaijan against stray shelling.

Video of IRGC Commander Hossein Salami visiting the border region of Khoda Afarin amid concerns over the fighting over Nagorno-Karabakh. On Sunday, IRGC said they have deployed troops along the border w/ Azerbaijan & Armenia to protect “national interests and maintain peace.” pic.twitter.com/zjXrZnfla2

Tensions escalated in the region in late September. Since then, three humanitarian ceasefires have been agreed on by the parties. However, all were broken just hours after entering into force.