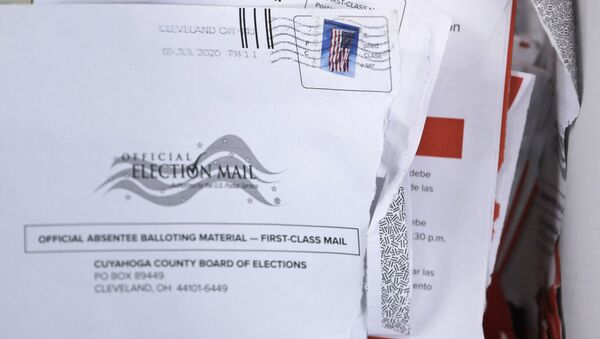 Chris Summers
All materialsWrite to the author
The incumbent President Donald Trump is trailing in the polls against Joe Biden with only a week to go until election day. The electoral college system is unchanged since 1803 but how will mail-in votes affect the result on 3 November?

The latest opinion polls have Joe Biden leading Donald Trump by up to eight points in key swing states like Michigan, Pennsylvania and Wisconsin with just a week to go until polling day.

Biden is leading Trump by a smaller margin in Ohio and Florida and it is said to be neck-and-neck in Iowa, which the Democrats last won in 2012.

​This year's election will be unusual for one reason - because of the COVID-19 pandemic a much greater number of people have applied for mail-in ballots, so they can avoid going to polling stations.

Analysts predict 40 percent of votes will be sent in by post, rather than in person, and that could make a huge difference to the election night results.

Trump has described the election as the “most inaccurate and fraudulent in history” because of the high level of mail-in voting and his scepticism is thought to have influenced his supporters. 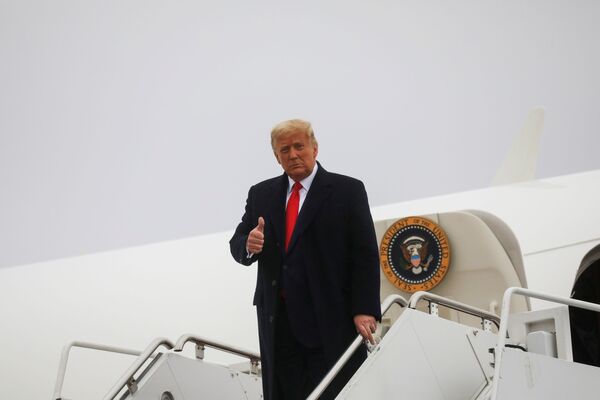 Josh Mendelsohn, who heads the data analytics firm Hawkfish, has said voters could see a "red mirage" on Tuesday 3 November.

Mendelsohn, speaking to Axios on HBO in September, said: "The data is going to show on election night, an incredible victory for Donald Trump. That is likely what to be what we see."

But he said days later, possibly as late as Sunday 8 November, the true result will become clear when all the mail-in votes have been counted.

How Mail-in Ballots are Processed

Election workers in 32 states can remove mail-in votes from their envelopes and verify them as valid up to a week before Election Day but they cannot start counting them until 3 November.

Pew Research says in six states, including Pennsylvania and Wisconsin, they are forbidden by state law from processing votes until Election Day.

In 23 states, and in Washington DC, mail-in ballots have to be counted if they are postmarked on Election Day, which means a handful of voters could delay the final result.

Thomas Edsel, writing in the New York Times, said Democrats may actually lose in very close states because mailed ballots tend to have a higher rate of rejection and voters are more likely to make errors when filling them in.

​For Democrats it brings flashbacks of the 2000 election nightmare in Florida, when Al Gore lost the White House to George W. Bush because of the famous "hanging chads".

Gore and Bush were neck-and-neck and whoever won Florida would win the race but it was too close to call.

In many US states chads - perforated paper - are used for voting, rather than old-fashioned writing a cross next to a candidates name.

​In Florida some voters - who the Gore campaign claimed were trying to vote for their man - had only succeeded in detaching a portion of the perforated paper, which led to their votes being dubbed hanging chads.

After a five-week legal row many of the hanging chads were ruled out and Bush was ruled the winner.

On election night in 2016 the first three states to be called were Indiana and Kentucky - for Trump - and Vermont, for Hillary Clinton.

​They were all called on the basis of exit polls but this year many of the big pollster organisations may not want to call states when there are still many mail-in votes to count.

That could be the case again this year - Trump could conceivably win the popular vote but lose the election if he loses certain states, like Texas, which has 38 electoral college votes. 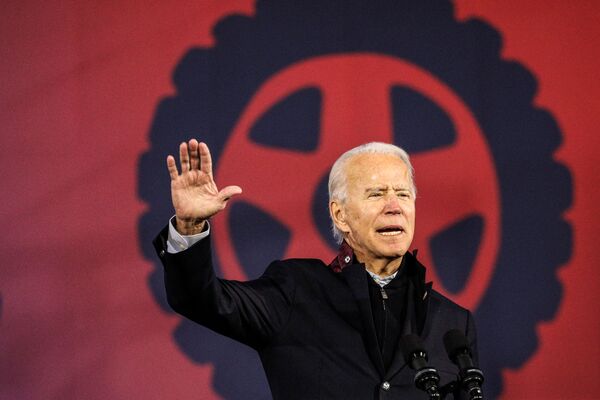 Once all the mail-in votes are counted - which may not be might until the end of next week, or even at the weekend - then it is up to the electoral college.

How Does Electoral College System Work

It is a “winners takes all” system, so in 2016 when Hillary Clinton won the most votes in California all of the state’s 55 electors cast their votes for her, while Florida voted for Donald Trump and therefore got 29 votes from its electors.

But 10 maverick electors refused to cast their votes for either Trump or Clinton - these are known as “faithless” electors.

But earlier this year the US Supreme Court ruled unanimously against the 2016 faithless electors, meaning that in 2020 maverick electors will not be able to vote for anyone but the candidate who won the most votes in their state.

Trump has hinted heavily he will not accept the result if he suspects foul play, so the Biden campaign will hope their man wins by a big margin to avoid any disputes.

If it is close and there are disputes, as in 2000, both sides have until 8 December to settle any controversy. This is the so-called “safe harbour” date.