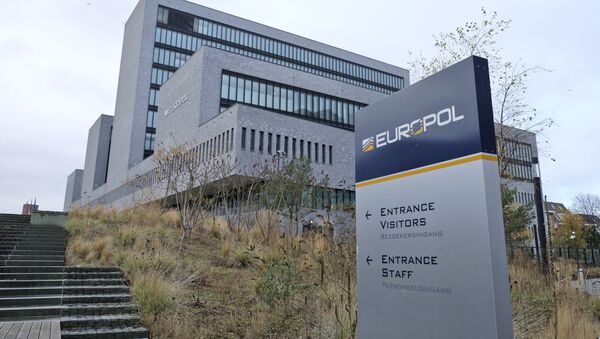 © AP Photo / Mike Corder
Subscribe
International
India
Africa
MOSCOW (Sputnik) - A 48-year-old French citizen François Di Pasquali, who was convicted for the rape of an octogenarian, has landed on the "Most Wanted" list of Europol, the EU agency for law enforcement cooperation, according to media reports.

Di Pasquali, who had been sentenced to 10-year prison term, committed the crime in June 2009, when he raped an 84 year old woman suffering Alzheimer's disease. His DNA profile was found on the crime scene and revealed as his in 2012.

"It is quite possible that this individual [Di Pasquali] is in contact with people who do not know everything about his past, whether in France or elsewhere, that is what interests us," Jacques Croly-Labourdette, chief of the National Fugitive Search Brigade (BNRF), said, cited by the media outlet.

The agency urges anyone who has information regarding the individual to report to them.