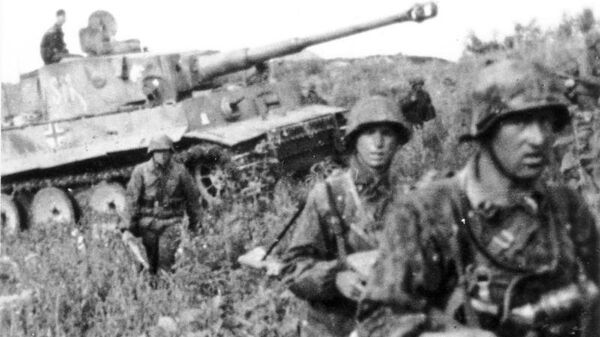 Andrei Dergalin
All materialsWrite to the author
Previous raids on museums in the Netherlands witnessed thieves absconding with hundreds of thousands of euros' worth of various Second World War Nazi paraphernalia, such as uniforms and firearms.

A number of museums in the Netherlands have ended up bolstering their security after what the Guardian describes as “raids by highly organised thieves” who sought Second World War Nazi memorabilia, including items linked to Waffen-SS.

According to the newspaper, several institutions pulled their most valuable exhibits from display, with the 1940-1945 War Museum in Loon op Zand, for example, removing “forks from the personal cutlery of both Adolf Hitler and the SS leader Heinrich Himmler” from their exhibition.

"Yesterday I took stuff from the Hitler Youth, and uniforms of the SS are also being removed," said Frans van Venrooij, the owner of the museum.

Last week, Arnhem War Museum also reportedly announced the installation of roadblocks meant to prevent large vehicles from entering the site, while the Overloon War Museum moved to return two rare books from the Nazi period it "had on loan from the Netherlands Institute for War Documentation in Amsterdam".

This development comes after items worth hundreds of thousands of euros were stolen two weeks ago from the Oorlogsmuseum in Ossendrecht, with the stolen items including "SS uniforms, parachutes and firearms".

"They drilled holes in the door to get the handle down from the inside. I didn’t hear anything while I was sleeping on the other side of the wall”, said Jan de Jonge, who owns the museum and lives "next door to the site". "SS uniforms, daggers, helmets, emblems, caps, parachutes, firearms, binoculars, you name it. There’s nothing left. The firearm is very rare, but I was able to display it in this museum".

He also pointed out that the thieves went after the "items that can be traded internationally", snatching only the "German stuff" and not taking "anything from the allies".

And in August, about €1.5m of property was stolen from the Eyewitness Museum in Beek, whose owner, Wim Seelen, reportedly said that six men rammed the front door and smashed all the display cases during a "six-minute raid".

"It is very disturbing, every museum has its concerns," said John Meulenbroeks, the director at the Museum De Bewogen Jaren in Hooge Mierde, in north Brabant. "It seems like this is on request. Maybe [the items] are already with a collector who is wealthy."