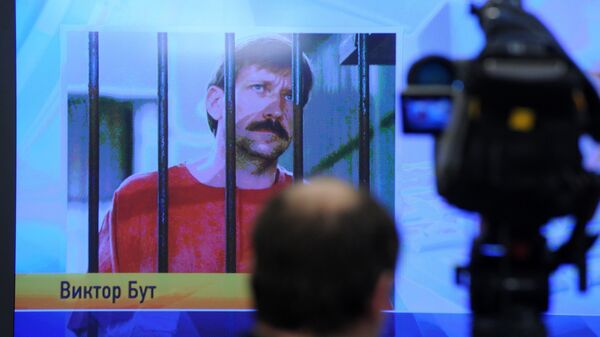 © AFP 2023 / KIRILL KUDRYAVTSEV
Subscribe
International
India
Africa
MOSCOW (Sputnik) - Russian national Viktor Bout has said that it is doubtful that a change in US leadership can lead to an early release from his lengthy prison sentence.

Viktor Bout, who has served about half of his 25-year sentence at th eMarion Correctional Institution in Illinois, has stated in a comment to Sputnik that his exchange for US national Paul Whelan remains questionable.

"I doubt that for me, my fate, there is any difference from who will end up in the White House after these elections," Bout wrote in response to Sputnik’s question about a possible swap with Whelan.

The high-profile prisoner went on to say that if such a scenario were to play out, it would not be due to the goodwill of the US.

World
Paul Whelan Will Not Appeal Prison Sentence By Russian Court, Family Says
Whelan is currently serving a 16-year sentence on charges of espionage. Speculation has been abounding regarding a possible exchange of the US national, who also holds the UK, Canadian and Irish nationalities, for Russians behind bars in Western countries.

Widely regarded as a notorious arms dealer, Bout was detained in Thailand in 2008 at the request of the US government as a result of a sting operation by the US special services. He was then transferred to the United States where a court found him guilty of conspiring to kill US citizens and of supporting terrorism.