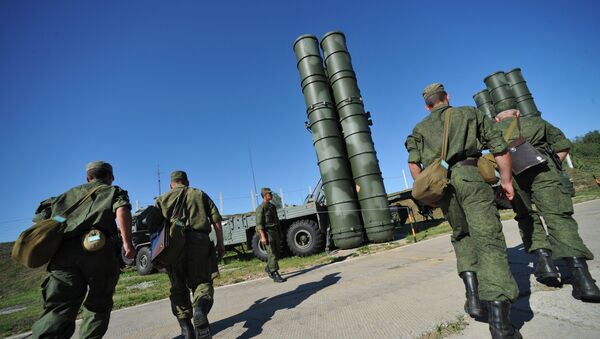 Aleksandra Serebriakova
Moscow-based Sputnik correspondent specializing in foreign affairs.
All materialsWrite to the author
The 1987 Intermediate-Range Nuclear Forces (INF) Treaty between Russia and the United States broke down in 2019, after the United States left the agreement, citing Moscow's alleged violations of its terms. The claims were denied by Russia which has repeatedly urged its partner to come back to the Treaty.

"Consultations and negotiations on arms control should be conducted on a free, voluntary basis, taking into account the legitimate interests of the parties", Antonov said during a televised conference.

The envoy added that it was premature to describe Russia and the United States as being "on the threshold" of arms control agreements, after the US withdrew from the Intermediate-Range Nuclear Forces Treaty back in 2019 and as the Strategic Arms Reduction Treaty, also known as the New START, is on the verge of expiring. 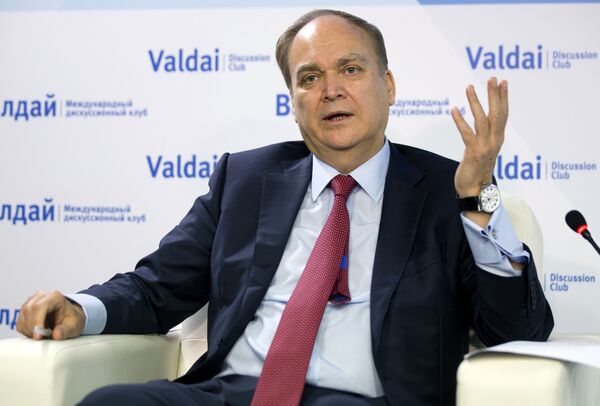 Anatoly Antonov, Russian ambassador to the U.S. gestures while speaking during a round-table discussion on the Trump-Putin summit in Helsinki in Moscow, Russia, Friday, July 20, 2018.
© AP Photo / Alexander Zemlianichenko

The United States has repeatedly invited China to join arms control talks in relation to renewing of New START agreement, something Beijing said it was not interested in.

According to Antonov, the arms reduction regime was at present "in crisis".

"The collapse of decades-old agreements and norms continues. The level of trust between the participating countries is catastrophically declining. The arms race is reviving, we see a tendency towards a unilateral military build-up", the ambassador stated.

The INF was signed by Russia and the US back in 1987, effectively banning the use of short medium-range and intermediate-range land-based ballistic missiles, cruise missiles and their launchers. The United States - which announced its withdrawal from the agreement in February 2019 - has claimed in the past few years that Russia has violated terms of the agreement, something Moscow strongly denies.

On Monday, Russian President Vladimir Putin said that the US exit from the INF Treaty was a "grave mistake" which created the risk of unleashing a missiles arms race, "increasing the possibility of a confrontation and escalating uncontrollably".

The last remaining major arms control deal between Russia and the United States, the New Strategic Arms Reduction Treaty (START), is set to expire on 5 February 2021, but it is not clear when or whether the agremeent would be renewed.

Speaking on Monday, Russia's envoy Antonov called upon the US to refuse attempts to "trade advantages" in the last days of START existence.

In October, Antonov said he has recently confirmed that the US was now ready to deploy intermediate and short-range missiles in the Asia-Pacific region (APAC). The envoy slammed the move, arguing that Russia would respond to Washington's actions with "adequate steps", the statement he repeated on Monday.

000000
Popular comments
US politicians are insane and arrogant. Will end soon.

Barros
26 October 2020, 19:07 GMT10
000000
If China and Russia signed a treaty on arms control with the US, the US would unilaterally break it as soon as it they felt it was no longer in their best interest! The US has no honor and has a history of breaking it's agreements!